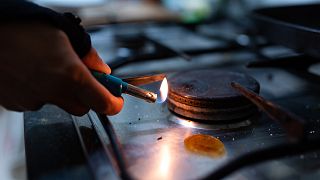 Soaring energy prices have accelerated global progress towards energy efficiency, according to a new report from the International Energy Agency (IEA).

Investment in energy efficiency measures, like heat pumps and building insulation, has increased by 16 per cent this year to a total of $560 billion (€532 billion).

It means energy is being used 2 per cent more efficiently this year compared to 2021 - almost double the rate of improvement over the last five years.

“The oil shocks of the 1970s led to a massive push by governments on energy efficiency resulting in substantial improvement in the energy efficiency of cars, appliances and buildings,” says IEA chief Fatih Birol.

“Amid today’s energy crisis, we are seeing that once again energy efficiency is being prioritised.”

While the increase in energy efficiency is good news, the IEA says it isn’t yet enough to meet climate targets.

Improvements need to double to an average of around 4 per cent a year this decade to align with the Paris-based watchdog’s roadmap to reaching net zero emissions by 2050.

It says governments need to focus on buildings and transport to do this.

There are already encouraging signs of progress including the EU’s push to heat homes and businesses more efficiently.

Almost 3 million heat pumps have been sold in Europe this year. That is double the number sold in 2019, according to the IEA.

Heating accounts for one-third of the EU’s gas demand and heat pumps could cut demand by 7 billion cubic metres - roughly the same amount of gas supplied by the Trans Adriatic Pipeline in 2021.

Heat pumps are an indispensable part of any plan to cut emissions and natural gas use.

If governments succeed in meeting installation targets, annual sales of heat pumps in the EU could rise to 7 million by 2030.

“Heat pumps are an indispensable part of any plan to cut emissions and natural gas use, and an urgent priority in the European Union today,” Birol says.

He adds that they will be central to ensuring everyone can heat their homes this winter and next while protecting vulnerable households and businesses from high prices.

“This technology is tried and tested, even in the coldest of climates. Policy makers should be putting their weight behind this technology that is witnessing unprecedented momentum at the moment.”

Many are now struggling to afford basic energy needs

The IEA acknowledges that this year’s efficiency improvements aren’t entirely a positive thing, however.

Consumers are reducing their energy consumption in the face of soaring prices to reduce costs. Many people around the world are now struggling to afford their basic energy needs.

“The number of people without reliable access to heating, cooling, clean cooking and other energy services has risen to around 2.5 billion worldwide,” the report says.

An extra 160 million households have also been pushed into energy poverty since 2019.

In Europe, reduced supply from Russia is exposing consumers to higher bills and the risk of shortages this winter.

Energy price inflation increased to 39 per cent up to October this year and around a quarter of households are thought to be living in energy poverty. There has also been a shift back to cheaper - but more polluting - traditional fuels like charcoal and wood.

But investment in energy efficiency could help. The IEA report shows that, as prices have risen, efficiency gains could help mitigate costs.

Energy efficiency measures implemented by IEA members over the last 20 years have saved households and businesses around $680 billion (€646 billion). That's around 15 per cent of the world’s total energy bill for 2022.