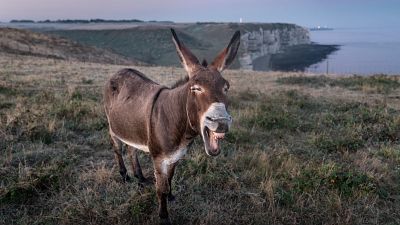 Scientists at the University of Queensland (UQ) are using in vitro fertilisation (IVF) to potentially save dozens of endangered donkey species.

The embryo is from an endangered European breed of donkey and is currently being kept frozen until researchers can find a suitable female for implantation.

“With this new tool to produce embryos in the laboratory, we can help to repopulate a species if we need to,” said Dr Andres Gambini, a scientist at UQ.

Gambini, who worked in collaboration with Argentinian and Spanish researchers, said creating the embryo was challenging but has opened up many possibilities.

“There are many problems associated with inbreeding when trying to increase a species' population,” he said, “but this IVF technique means we can essentially combine semen and eggs from donkeys with a different genetic background and create viable embryos.”

He added that it opens up the possibility of creating a “frozen zoo” or genetic bank of embryos to help donkeys and other vulnerable species.

“Seven of the 28 European domestic breeds are in critical status and 20 are endangered, while wild donkey species are also in trouble,” Gambini said.

The population is at risk from theft, illegal slaughtering, decreased grazing land and no longer being used by humans for transportation or farming.

“There are also concerns about wild donkeys around the world being killed for ‘ejiao’, a key ingredient in traditional Chinese remedies produced from collagen in donkeys’ skin,” he said.

Gambini has also worked with horses and zebras. His team currently has 10 frozen zebra embryos in storage, including clones.

“Throughout my research career, I’ve been exploring assisted reproductive technologies to improve the genetic progress in all sorts of domestic animals,” he said.

Gambini said donkey embryos were much more difficult to work with, with a success rate of five to 10 per cent, compared to horses which are about 30 per cent.

“In 2020, we reported the first zebra embryo and now the first donkey embryo,” he said. “Who’s to say what’s next?”