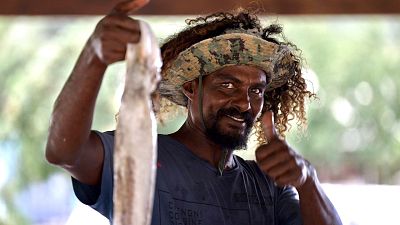 Seychelles is facing a growing tide of illegal fishing: at least six foreign vessels, mainly from India and Sri Lanka, have been caught here fishing without licence since the beginning of the year.

The Euronews Ocean film crew saw several Indian-flagged vessels under arrest at the port of the Seychelles capital Victoria. According to Johnny Louys who heads Seychelles Fishing Authority's Monitoring Control and Surveillance Department, the captains of the illegal vessels are now facing prison time, their crews have been extradited, and the boats can be destroyed pending court order.

Illegal fishing has become a growing problem for Seychelles, with its vast, rich in fish exclusive economic zone and limited patrol and control capabilities, as Johnny Louys explained to our film crew.

The member of the Seychelles Fishing Authority stresses that "having to fight other countries' boats in the waters" is an "administrative and financial burden" for the states of the region.