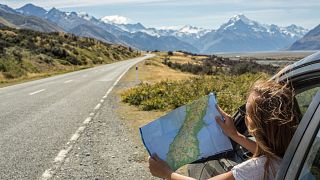 Driving range, availability of charging points and cost are all factors that have been putting travellers off booking electric cars for their holidays in recent years. But as infrastructure across Europe improves, electric car hire could be set to go mainstream.

With the number of electric car charging points continuing to rise rapidly in Europe, travel booking site Skyscanner has launched an electric car and hybrid car hire filter this month.

The aim is to help climate-conscious travellers find and compare costs on greener rental options across Europe and the US.

Between 2017 and 2020, the number of public electric vehicle charging stations in Europe more than doubled to just over 285,000, according to Statista. The Netherlands has the largest network of charge points, followed by Germany, France, Italy, the UK and Norway.

However, only a fraction of the network includes fast chargers (those that can charge an electric car battery at a speed greater than 22kW). And though the number of charging stations across Europe is increasing fast, the continent is still a long way off achieving the 1 million target that the EU’s Green Deal is aiming for by 2025.

What are the benefits of hiring an electric car on holiday?

Electric cars are often exempt from additional charges in low emission zones in cities and it can be cheaper or even free to park in many places, according to Martin Nolan, sustainable travel expert at Skyscanner.

“Most electric rental companies also won’t expect you to recharge your car before returning the car at the end of your trip,” he adds.

Charging points across Europe can be found at motorway services, fuel stations, train stations, supermarkets and in public car parks.

Most hire cars come with sat-navs that can help drivers find their nearest charging point, but there are also a number of websites that do a similar job, such as:

Research conducted by Skyscanner in the UK this spring found that 1 in 3 Brits would consider hiring an electric car on their next trip abroad this year.

Best places in Europe to hire an electric car on holiday

Some destinations are clearly better than others for renting an electric car, when it comes to affordability and availability.

However it’s worth shopping around – the travel website’s research found the biggest price gap in Malaga, where a week’s electric car rental will set you back a whopping €745 compared with €285 for a standard car.

The launch of Skyscanner’s electric and hybrid car filter builds on its Greener Choices filter, which allows travellers to search for flights that emit less CO2. Since it was introduced in 2019, more than 68 million global travellers using the website have opted for the lower emission flights for their route.

In the past year, one in five flight bookings made via the company were marked as Greener Choices.