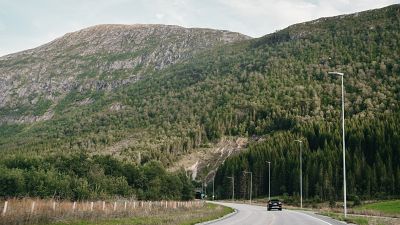 Electric vehicles (EVs) are making their way into the mainstream. From flashy Tesla Cybertruck launches to all kinds of weird city-friendly options, reading the news coverage it could seem like we are well on our way to becoming fully electric.

The reality is that plug-in EVs still only make up less than 5 percent of the car market with combustion engines continuing to dominate what we buy in most places. Some countries are doing better than others as sales in China were three times that of other regions in 2018 according to McKinsey. Tiny, low-speed vehicles are most popular in the country and in the past made up half of the entire market.

After the United States, Europe comes in third but not every country is converting at the same rate. So where is the best place to own an electric vehicle?

Which country has the most electric vehicles?

Norwegian’s consistently come out ahead in terms of swapping their driving habits from fossil fuel to electric. For every 1000 people in the country, there are 55 EVs currently being used. In March 2019, a record-breaking 60 percent of new cars sold were entirely electric powered. While sales elsewhere might be higher, it is the proportion of people in this small buying these kinds of vehicles that makes it a potential poster child for our electric future.

According to Forbes, it could be even more but thousands of people are on waiting lists as dealerships attempt to cope with demand. In 2020 so far, 12,748 EVs have been registered with popular models including the Audi E-tron, Nissan Leaf and Volkswagen Golf according to industry figures. Uptake has been so rapid that government goals of having 50,000 EVs on the road were met several years early in April 2015.

The rest of the top five includes some of Europe’s biggest markets. France and the UK have the next highest overall total according to the ECEA. When populations are taken into account, the Netherlands is the country with the next highest number of EVs per capita. None of these competitors, however, come remotely close to Norway’s standout figures.

Renewable energy is relatively universal in Norway. Almost all of the power generated by the country comes from 31 publicly owned hydroelectric power stations. Swaps to other alternative power sources are therefore a less daunting leap that they might seem in places that are less invested in going green.

Financial incentives also provide tempting reasons to replace your petrol-powered car. Before many other countries had given it a second thought, Norway was introducing reductions in taxes for people who owned EVs. Complete removal of fees for ferries and toll roads as well as free parking in some municipal car parks were some of the more revolutionary measures introduced in the early 2000s alongside government investment in charging points.

It might also be personal experience that drives the inhabitants of this northern country to get rid of their high emissions vehicles. In the past Norwegian cities have suffered from serious air pollution problems. So bad was the smog that in Bergen, a city on the southwestern coast, a plan was introduced to ban cars on alternate days based on their number plates.

Driving an electric car is far less appealing if there’s a chance you’ll run out of charge before you reach your destination. Although there are over 200,000 places to top up your battery across Europe, the distribution of these charging points is not equal. Despite being much smaller than its nearest competitor Germany, it is the Netherlands that tops the list with over a quarter of all public chargers. Others in the top five include Norway and the UK.

Fast charging points, potentially able to charge your battery to 80 percent in less than an hour, are also on the rise. Just over 11 percent of all charging points in Europe are now these super fast plugs which makes long-distance journeys easier.