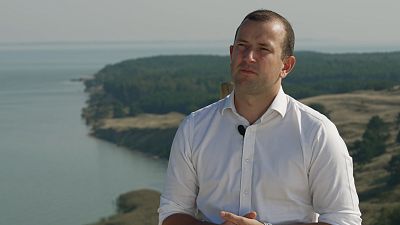 The hopes of the Baltic fishing industry for a more profitable 2022 have once again been dashed, despite the gradual recovery of many European countries from the pandemic. For many fishermen, the opportunities remain extremely limited due to the ongoing crisis concerning many commercial stocks in the Baltic Sea.

The situation does seem to be improving somewhat for some species. However, based on the scientific advice from the International Council on the Exploration of the Seas (ICES), the European Commission has proposed to extend many of the existing restrictions on the catch of key species, like cod, especially on its Eastern Baltic variety.

The restrictions were tightened after 2019 when scientists came to the conclusion that the state of fish stocks in the Baltic Sea was much worse than previously thought. This negative revelation came despite years of efforts from fishermen to comply with reduced fishing quotas to try to get fishing to a sustainable level. According to experts, fish stocks are declining due to the poor general ecological state of the Baltic Sea. This, they say, is being caused by large-scale pollution, lack of oxygen, climate change, the spread of parasites and predators and other factors. There is no obvious alternative to further fishing restrictions, but for many fisheries, fish processing enterprises and other organisations in the sector, it's a new blow to business prospects.

Euronews asked the European Commissioner for Environment, Oceans and Fisheries, Virginijus Sinkevičius, about this.

We've met Polish fishermen, fish processors, shipbuilders and more who are increasingly out of work due to fishing bans in the Baltic Sea. Is there any hope of improving that situation in the foreseeable future?

"Oh, absolutely. But we need to take measures, measures which, of course, take into account not only environmental impact, but also socioeconomics. We have to find a way to help our community, fishermen, women, and also those along the chain, like processors, to maintain or stay in the business. Some decisions are painful. When we had an alert from scientists that the cod stock collapsed in the Baltic Sea, we had to take measures. But I'm happy to see now that some stocks are actually recovering. In the upcoming council, we're going to have some positive news. Unfortunately, some stocks remain the same, in a dangerous situation. So, of course, we have to take responsibility because at the end of the day, if this place, if biodiversity and if ecosystems here fully function, if we have good fish stocks recovering, we'll have more jobs for fishermen and women. We will have better quotas to distribute. But first of all, it all starts with this place being in peace and taken good care of."

To watch the full interview with Virginijus Sinkevičius, click on the media player above.