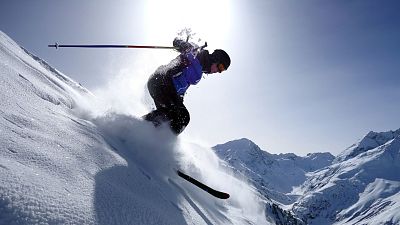 What’s a ski slope without snow? That’s the question on the lips of many climate scientists who fear that the future of winter sports is hanging in the balance. As global temperatures continue to rise, are we putting future Winter Olympic games, championships, and recreational snowsport at risk?

In the UK, it is estimated that 6,340,000 people participate in skiing sports. That’s close to ten per cent of the population. But with popular domestic skiing locations such as Cairngorm Mountain and Nevis Range only offering seasonal skiing opportunities, many people look abroad to fulfil their snow obsessions.

However, can previously trusted snowy spots continue to provide for snowsport participants? And what can we do to ensure that the future of winter sports is safe for generations to come?

Olympic venues on a downhill slope

A study by the University of Waterloo in Canada has found that of the 21 sites that have previously held Winter Olympic Games, nine may be unreliable to host the games again by 2050.

One site includes Sochi in Russia, where the Winter Olympic Games were only held in 2014. Between 1981 and 2010, the site had a 100 per cent chance that the snow depth would be at least 30cm. However, estimates suggest that between 2041 and 2070, there is a less than five per cent chance of this happening. These figures include the potential contribution of artificial snowmaking.

Even with low emissions, it is expected that Sochi in Russia, Grenoble and Chamonix in France; and Garmisch-Partenkirchen in Germany will be unable to host future Winter Olympic Games.

Other locations at risk include:

Most are aware of the innovation of artificial snow creation, and its use is common at the Olympics. In fact, artificial snow has been used since the 1980 games in Lake Placid. However, by 2018 artificial snow dominated the PyeongChang event. 98 per cent of the snow at these games was artificial.

So why can we not continue to do this? While artificial snow is useful in continuing the use of ski slopes and can be beneficial during out of season, it does carry a climate impact itself. Artificial snow uses large amounts of water and energy in its creation. Further to this, chemicals may need to be added to increase freezing temperatures or for the structure of the snow.

Ultimately, artificial snow poses a larger environmental risk than it does to alleviate the effects of global warming.

While artificial snow is useful, it does carry a climate impact itself.

There are newer snow-creating alternatives, such as vacuum freezing, which can be used in any air temperature and uses significantly less energy. This can be essential for tournaments and resorts that rely on perfect conditions for skiers, athletes, and other snowsport enthusiasts.

However, the priority should always be protecting the environment to ensure that the longevity of snowsport complexes and resorts can continue to provide their services for generations to come.

Lowering or maintaining global temperatures is key to saving the snow at the world’s various snowsport facilities. This global problem requires a global response, and climate change must be tackled for the sake of many sectors aside from snowsports.

Green energy, methane reduction, and sustainable lifestyles are required to reduce the rapid increase in temperatures.

Ski resorts and snowsport tournaments shouldn’t have to rely on alternatives to continue their work. Instead, the millions of people who take part in skiing and snowsports, whether professionally, studying on ski instructor courses, or enjoying a holiday retreat, should lead the fight against climate change.

Otherwise, the future of winter sports may experience an avalanche of regret that we didn’t do something sooner.