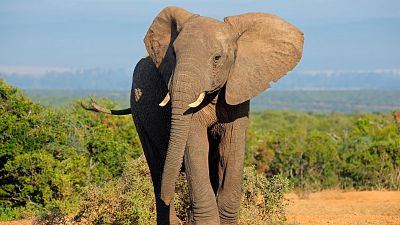 An algorithm designed by a research group from the Universities of Bath, Oxford and Twente may be able to help save African elephants from extinction.

Coupled with high-resolution imagery, the algorithm enables a satellite to scan large areas of land in short periods of time and collect 5,000 km2 worth of photos, a good fit for the animals' grassland and forest habitats.

The tech development is desperately needed as elephant numbers in Africa are estimated to be at just 415,000. The savanna elephant population has reduced by 60 per cent in the last 50 years and the number of forest elephants have fallen by 86 per cent in the previous three decades.

The AI technology carries less risk of double counting, does not endanger humans in the data collection process and is less disturbing for the animals - an improvement on techniques used in the past.

Earlier this year Dr Ben Okita, co-chair of the IUCN elephant specialist group, named poaching as one of the biggest threats to African elephants who are targeted by ivory traders.

Dr Olga Isupova, who participated in the project that created the algorithm used for elephant monitoring, says that the technology must be used in congruence with other methods to stop poaching altogether.

“Monitoring of animals is one piece of a puzzle in conservation including anti-poaching activities. We are currently also looking into further possibilities such as carcass detection to detect any poaching actions, but this is in the very early stages yet,” she says.

Despite a ban on ivory trading in 1989 bringing poaching numbers down, they rose again after 2007 when African countries were allowed to auction off stockpiles of seized tusks.

Traffickers use this loophole to pass off their own wares as legal.

The world’s largest ivory markets are China and the Philippines, followed closely by the USA and Thailand.

AI and the Sixth Mass Extinction

Poaching is accompanied by land degradation as a major cause of the decline of the African elephant, while habitat damage around the globe is causing the sixth mass extinction; a decline in the populations of 30 per cent of animals with a backbone.

African elephants were chosen for this study because their large size makes them easy to spot. Similar technology has been used to count whales, penguins and Albatross, with infrared and drones already being used to count endangered koalas and polar bears.

It is hoped smaller animals will eventually be detected by using AI to monitor footprints or colonies.

According to Dr Olga, efforts are being made to count cattle and giraffes in the same way, but again it is essential to use AI in tandem with human activity.

Olga’s hope is that the technology will be a “big help”.