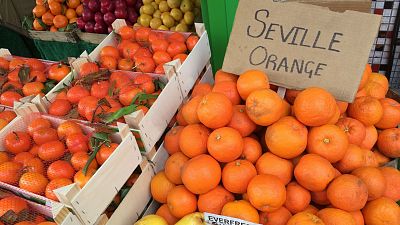 The Spanish city famed for its oranges is now using the fruit to generate electricity.

Seville oranges are the inspiration for marmalade, liqueurs like Cointreau and Grand Marnier and are known for their fresh, intense and highly acidic flavour. But it turns out the fruit is even more versatile than we previously thought, as it’s now being turned into a form of biogas.

The city’s municipal water company is piloting a scheme to produce energy from leftover oranges, demonstrating its commitment to a circular economy.

By collecting oranges fallen and discarded on public roads, Aqua Publica Europea member, Emasesa aims to extract their juice to form biogas. 35 tonnes of the bitter fruit is being squeezed, while their peel is being composted and transformed into fertiliser for fields.

But what will the orange biogas be used for? The aim is to use this source of renewable energy to power the EDAR Copero Wastewater Treatment Plant in the region.

This is expected to generate about 1,500 kWh, which is equivalent to the consumption of 150 homes, and will make the water treatment plant self-sufficient. To achieve this goal, Seville will have to invest €250,000 into the project.

“Emasesa is now a role model in Spain for sustainability and the fight against climate change,” said Juan Espadas Cejas, Mayor of Seville, at a press conference at the launch of the project.

Spain launched an ambitious plan in 2018 to switch its electricity system entirely to renewable sources by 2050 and fully decarbonise its economy shortly after.

New licences for fossil fuel drilling, hydrocarbon exploitation and fracking wells will be banned, and a fifth of the state budget will go towards measures that mitigate climate change.

Biogas is a renewable form of energy produced by the breakdown of organic matter, such as food waste, plant materials or animal fats. It can be used in a variety of ways including as vehicle fuel or for heating and electricity.

In 2020, scientists at the University of Sydney, Australia, found a way to turn tequila into biofuel for cars. Agave tequilana is a plant native to Mexico, but instead of consuming it in shots with a dash of salt and a wedge of lime, it was converted into green biofuel.

Then in February of this year, an American company launched the world’s first commercial biofuel-powered rocket. But the difference is, the ingredients to this biofuel are a “closely guarded secret”.

Sascha Deri, founder of bluShift and inventor of the rocket biofuel, says that the idea came to him sitting around the kitchen table at his brother’s organic farm. He spotted a “substance” on the windowsill and started to wonder if biofuels could replace petroleum-derived fuels in the rocket engines he was testing.

The two most common types of biofuels in use today are ethanol and biodiesel.