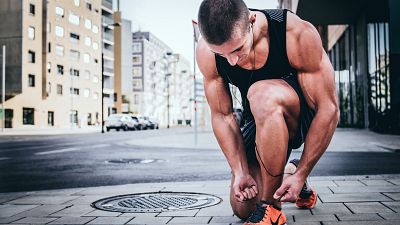 An innovative start-up aiming to tackle the problem of food waste has formed in Canada. Friends TJ Galiardi and Dr. Darren Burke were concerned by overflowing landfills costing billions of dollars to manage, and have jumped at the opportunity to make a tangible difference in the country.

Addressing a ‘waste dilemma’ that exists in Canada, they founded the company together, having met 10 years ago and bonded over shared passions for sport and health. Turning surplus food into nutritional supplements seemed like a logical way to give food waste another life, and more importantly, no one else seemed to be doing it already.

How large-scale is the problem of food waste?

Food waste is not only a problem in Canada. According to the European commission, around 88 million tonnes of food waste is generated annually in the EU, 18 million of which comes from the UK. Not only does the landfill problem cause irreparable environmental damage, by generating substantial global greenhouse gas emissions, it costs over 140 billion euros to dispose of in the EU and, crucially, is a colossal waste of food.

While families on low incomes are unable to afford ‘healthy food’ and rely on food banks to survive, it is a disgrace that our household left-overs are piling up in excess, rather than being recycled and used for good.

That’s where Beyond Food come in.

How do Beyond Food use waste to make nutritional supplements?

The green tech start-up collects fruit and vegetables from grocery stores that would be destined for landfill, and turns them into raw powders to make nutritional supplements. Marketing the idea towards the sports nutrition industry, Beyond Food plans to expand its product range to plant-based protein powders and multi vitamins, produced locally in Dartmouth, N.S., Canada.

The company has recently received high profile backers, including the federal government to back the venture, and hopes to grow exponentially in the next few months and influence the whole nutrition sector.

Given that one of the founders, TJ Galiardi, is an ex NHL hockey player as well as a vegan, the business partners know a considerable amount about the benefits of a plant-based diet, especially for athletes. As veganism becomes more and more popular all over the world, particularly among sports personalities, food waste nutritional supplements could be an idea that really takes off on a global scale.

Darren Burke, CEO, describes their sustainable mission in the words:

“Beyond Food was created to take a sliver, a bit of a dent out of the food waste issues and turn those late in life fruit and vegetables and turn them into high value, nutrient dense raw materials and use those in supplements.”

“We literally just finished putting this production line together in the last month, and we’ve run a few tests through it and were just getting ready to start processing and powdering and running our packing line.”

Beyond Food currently only employ 12 people but is working towards doubling in size over the next year, gaining more exposure and expanding outside of Canada into the U.S. and beyond.

Having just received an investment of $500,000 from the government to grow the brand worldwide, it’s looking positive for the eco-friendly brand. Fingers crossed we’ll be able to buy the supplements in Europe sometime soon!