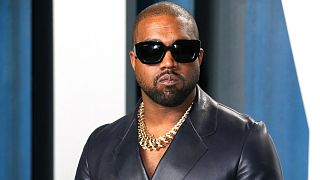 Rapper Kanye West, who is mired in a series of controversies, has suggested he would be a candidate in the 2024 US presidential election, and claimed to have asked Donald Trump to be his running mate.

The artist, who goes by the name Ye, posted a series of videos on his Twitter account on Thursday night, accompanied by the logo "Ye 24."

In one of them, the 45-year-old rapper talks about a conversation he had with former President Donald Trump, who recently announced his own candidacy for the 2024 White House race.

"I asked him to be my vice president," said Ye, adding that Trump "started yelling" at him.

The music and fashion entrepreneur already launched an improbable bid for the presidency in the 2020 election, but managed to poll only 70,000 votes.

Trump confirmed on Friday that he had dined with West at his Florida residence, but said the meal was "quick" and "uneventful".

Facing a string of controversies that have caused a number of high profile companies to break off their commercial relationships with him, Ye has been heavily criticised for wearing a T-shirt hijacking the anti-racist slogan "Black Lives Matter" and for posting on Instagram and Twitter comments denounced as anti-Semitic.

His former partner Adidas also announced on Thursday that it was opening an investigation after employees accused the rapper of sexually inappropriate behavior and bullying.