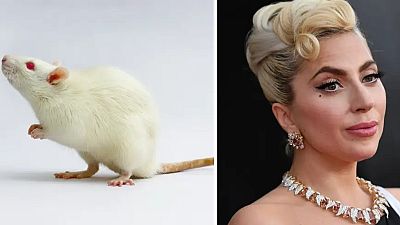 As Ratatouille informed us - a glorious film which turns 15 this year, let’s not forget - rats can cook. Now, according to a new study, our favourite rodents also have the potential to get on the dancefloor and bust some moves to Lady Gaga.

Indeed, a new study has revealed that humans are not the only ones who can move to a musical beat - rats have got rhythm.

The study led by researchers at the University of Tokyo and published in the journal Science Advances saw 10 rats fitted with wireless accelerometers to measure the slightest head movements. The researchers then compared results with 20 human subjects, who were also monitored while several pieces of music were being played.

The findings demonstrated that rodents can keep a beat and that rhythm is not confined to homo sapiens, but inborn in other species too.

"Rats displayed innate — that is, without any training or prior exposure to music — beat synchronisation," said Dr Hirokazu Takahashi, associate professor from the graduate school of information science and technology at Tokyo University.

The researchers said that the discovery has provided insights into the animal mind and the origins of music and dance.

“After conducting our research with 20 human participants and 10 rats, our results suggest the optimal tempo for beat synchronisation depends on the time constant in the brain,” said Dr Takahashi.

“This demonstrates the animal brain can be useful in elucidating the perceptual mechanisms of music,” he continued.

“Some of us believe that music is special to human culture, but its origin is somehow inherited from our progenitors. We found it in terms of dynamics of the brain. (…) Music exerts a strong appeal to the brain and has profound effects on emotion and cognition. To utilise music effectively, we need to reveal the neural mechanism underlying this empirical fact."

What do rats jam to?

The main study focused on responses to Mozart’s Sonata for Two Pianos, but four other musical pieces were played for the rodents: Lady Gaga's 'Born This Way'; Queen’s 'Another One Bites the Dust'; Michael Jackson’s 'Beat It'; and Maroon 5's 'Sugar'.

The scientists thought it possible that rats would prefer faster music, as their bodies – specifically their hearts - work at a faster pace. Therefore, the 10 rats and 20 human participants were played minute-long excerpts from Mozart's Sonata for Two Pianos in D Major at four different tempos: 75 per cent, 100 per cent, 200 per cent and 400 per cent of the original speed.

The results showed the rat participants had optimal beat synchronicity when the music was in the 120–140 beats per minute (bpm) range – close to Mozart's composition's original 132bpm tempo. The rats jerked their heads to the beat in a similar way as humans, with the nodding decreasing the more the music sped up, as if they were struggling to keep up in time.

The researchers have stated that they want to reveal how other musical properties such as melody and harmony relate to the dynamics of the brain, as understanding how music stimulates the brain may help scientists uncover how it can be used to trigger an emotional response.

"I am also interested in how, why and what mechanisms of the brain create human cultural fields such as fine art, music, science, technology and religion," Dr Takahashi said.

Dr Takajashi said he and his team also believe that their results could eventually lead to the creation of AI music that can sync more easily with the brain.

"I believe that this question is the key to understand how the brain works and develop the next-generation AI. Also, as an engineer, I am interested in the use of music for a happy life."

Why are these Lithuanians raving for democracy?

New TikTok platform turns anyone into a potential music producer