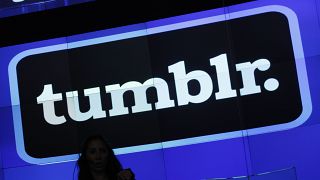 Worried about the role Elon Musk will have in ruining Twitter? It looks like everyone’s old favourite social media platform is trying to lure back in its user base.

This week, Tumblr announced that it will revisit its content guidance rules, allowing nudity back on the platform.

“We now welcome a broader range of expression, creativity, and art on Tumblr, including content depicting the human form (yes, that includes the naked human form),” a Tumblr staff post announced.

Why is this decision so big for Tumblr?

New CEO, Jeff D’Onofrio, arrived and removed all “photos, videos, or GIFs” or explicit material as well as “illustrations that [depict] sex acts.”

It was a catastrophic decision for Tumblr.

At the time of the decision to ban explicit content, a massive part of Tumblr’s user base was LGBTQ+ communities.

Just a casual scroll through Tumblr would reveal an endless slew of GIFs and screenshots from TV shows and films with queer followings. It was a hub for people to communicate with communities they couldn’t find in person. Naturally, it attracted queer people from all over the globe.

But for a very vulnerable group, it was a place to share their sexually explicit experiences.

Many transgender people found a home in Tumblr for them to post stories, share information and explore their transitions together. By the new rules, a lot of the content trans accounts were sharing counted as explicit.

“Tumblr’s ban sent a clear signal to trans communities that they were no longer welcome,” Oliver Haimson, Assistant Professor of Information at University of Michigan wrote in a paper on Tumblr’s role in trans communities.

The ban wasn’t entirely up to Tumblr. The platform was put in a difficult position.

A month before the ban, Tumblr had been removed from Apple’s iOS store because of reports of child pornography on the platform.

Tumblr led a crackdown on explicit content that led to many people arguing their acceptable content was unfairly deleted.

At the time, there was a lot of media flurry around the explicit content on the site. However, data from the era suggests only 0.1 per cent of the site’s content was explicit.

“That said, no modern internet service in 2022 can have the rules that Tumblr did in 2007,” Mullenweg says.

But with Tumblr bringing back nudity and Elon Musk seeming intent on tanking his latest purchase, could Tumblr have a renaissance round the corner?