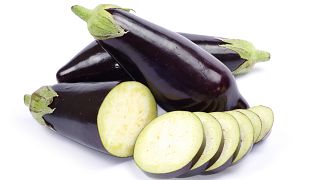 It’s finally December. The holiday season is upon us. Christmas is around the corner. New Year’s is just a hop and a skip away. And for a particular online group of pent-up men, the first of December is significant for a whole other reason.

No Nut November is officially over.

For those blissfully unaware of the internet tradition, No Nut November is an annual attempt by men to go the entirety of November without ejaculating.

You didn’t think this was about cashews, did you?

Cashews are technically drupes and not nuts, anyway.

The myth, the phenomenon, the legend of No Nut November seems to originate from Reddit and 4chan posts dating back to 2011.

While the origin may have been just a joke, the tradition has grown in stature to a significant degree. The No Nut November subreddit has over 137,000 subscribers. Or ‘Nut Cumrades’ as it disgustingly calls them.

It's also not necessary just aimed at men.

“There are some members, often religious, who believe otherwise, but they are here in part because NoFap's open-minded approach works better for them than the morally-focused "chastity ministries" that dot the internet.”

Abstaining from ejaculating is seen as a way of sustaining your vital force according to some Taoist forces. But perhaps the best way to find out the benefits of adhering to No Nut November is to see how the Reddit users feel.

On 29 November, a Reddit user posted to r/NoNutNovember asking: “What benefits have you noticed during this month?”

It’s an honest question, and it received some honest, if disappointing replies.

“I did become more tired and it became harder for me to concentrate, but I don't know if that's due to NNN or just random or seasonal or whatever,” Cyndorak continued.

Low_League_6631 also suggested it had its downsides: “None, actually I am now super unproductive because all I do is sit in my room and think about Dec 1. Maybe just a little less anxiety, I didn't worry about a big exam I had although I usually do.”

As for Darknut14: “Difficulty sleeping, brainfog, melancholy. Oh and feeling really depressed of you have a wet dream.”

While users aren’t exactly singing the praises of the challenge for its benefits, today, users have come together to say just how much fun they’ve had participating in the challenge.

“I'm gonna miss you soldiers, writing these comments 'n all. I'll definitely be making one for the final roll call (assuming I'll be able to get there on time) so for our last day, let's not worry about what comes after, let's just enjoy our last moments together and make them count. It'll be another year before we get to embark on this journey after all, so say it with me: Let's do this together!” Youngbuk_Jiterpol6 wrote with marked sincerity.

Although a bunch of porn-addicted Reddit users may debate endlessly as to whether No Nut November has or hasn’t got any benefits, urologist Dr. Rena Malik has actual knowledge.

On Malik’s YouTube channel, she goes through all the reasons she can think of for abstaining from abstaining.

“It reduces the quality of your sperm,” Malik says.

“As you abstain from sex, sperm number and volume increases over time. However, the quality of that sperm decreases over abstinence,” she explains.

Apparently this all stems from people spreading a single study that has since been retracted as a good source.

“It doesn’t enhance athletic performance,” is reason three. Studies found no difference in focus or performances, she adds.

And if that hasn't convinced you, other tissues and wet wipes are available for next year.

UK MP resigns after admitting to watching pornography in parliament