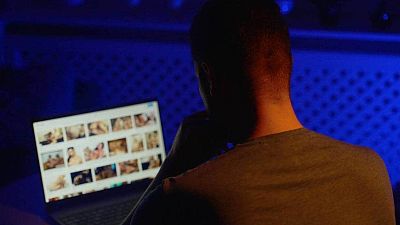 A French Senate report unveiled on Tuesday 27 September denounces the terrible conditions to which some actresses in pornographic films are subjected. It also makes several recommendations to prevent minors from accessing Internet sites that broadcast pornography.

The 150-page report, which features interviews and testimonies of actors, sociologists and associations, focuses on the sexual violence perpetrated and conveyed by the pornographic industry, which is sometimes linked to “modern slavery”.

With regards to this latter category or videos relating to “confinement”, Claire Charles, a spokesperson for the association Les Effronté.es states that “this is not feigned.”

One of the country's biggest trials over sexual violence

Three actors and a director were taken into custody this week in the latter investigation, for aggravated human trafficking, gang rape and aggravated pimping. Dozens of alleged victims have come forward in what has been described as one of the country’s biggest trials over sexual violence.

"These legal proceedings reveal the barbarity, violence, sexist and racist hatred of the French pornographic industry," commented a group of feminist associations in a statement, which welcomed the Senate's "fundamental report".

In view of the complaints lodged by women victims, "no one can talk about art or cinema any more", these associations added.

Only in June this year, four men were questioned by police in a separate case opened in 2020 involving the Jacquie et Michel, including the site's owner, Michel Piron. They are suspected of pimping, organised human trafficking, rape and accessory to rape, and rape involving torture.

The victims, who were interviewed by the senators, reported a recruitment system, based on the young age of the actresses and their precariousness, by means of false Facebook or Instagram profiles.

"We are spoken to every day. The person presents herself as an escort, she tells me that it's wonderful, that it's magic, that she has money (...) Behind this false profile of a girl, there was a man," explains a young woman.

"They knew I had money problems. I was the ideal prey for them, that's how you get in there," she explains, while another agrees: "I needed the money right away. I had to pay my bills and rent or I'd lose my flat.”

Investigators believe the women were lured into participating under false pretenses and were told the videos would only be accessible on private Canadian websites. The films were viewable in France and the producers demanded large sums of cash (between €3,000 and €5000) from the women to remove them - only for the images to continue to circulate online.

Blocking sites and other proposals

The report released yesterday puts forward 23 recommendations, including strengthening legal arsenal to better protect actresses, the recommendation to "make sexual violence committed in the context of pornography an offence of incitement to a criminal offence", and facilitating the deletion of online videos in the "right to be forgotten”.

It also notes that while two thirds of young people under 15 have already had access to pornographic images, the fight must also involve education. The parliamentarians note that the "commodification of bodies" and pornography should be addressed in schools, as part of education sessions on sexual and emotional life.

They added that the French National Education has only 7,700 nurses for 62,000 school sites and 13 million pupils, highlighting the lack of means and personnel.

"We are anxious to be able to explain this to the investigators in order to show the seriousness of our companies and the fierce desire that the adult industry be just as respectable and respected as any other industry," Michel Piron, the CEO of Jacquie et Michel, stated in a letter.

Jacquie et Michel hides behind its status as a “broadcaster”, a means of absolving itself of any responsibility for the content of videos posted online.

He added that "everyone must work together to move things forward", for example through the introduction of ethical charters or mechanisms to facilitate the reporting of violence.