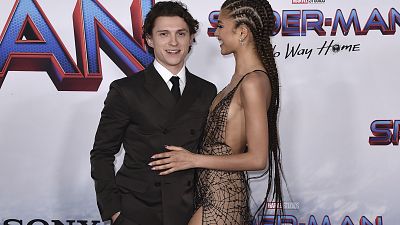 2021 was a difficult year for cinema goers, with the pandemic and lockdowns keeping theatres closed.

While many of us were at home making do with streaming services, studios in Hollywood (and elsewhere) were making sure their blockbusters got to the big screen – eventually.

Despite the challenges of this year, there have been some big cinematic moments for film fanatics to feast their eyes upon, with even bigger numbers to prove it.

Join us as we explore the films that sold the most tickets in 2021.

Emma Stone stars opposite Emma Thompson in this origin story for one of Disney’s most dastardly dog-snatchers.

The film aired to generally positive reviews with many noting it’s stylish aesthetic and brilliant costumes, as well as nods for Emma Stone’s Miranda Priestly-esque antagonist.

Stone ended up with Golden Globe for her turn as Cruella, who spends the film struggling to get ahead in the 1960s London fashion scene.

Though some say audiences are growing sceptical of the origin story trope (take Disney's Maleficent or one of many Marvel spin-offs) Cruella’s quirky setting and charismatic leads seems to have saved it from kitsch-crassness.

A post shared by A Quiet Place Part II (@aquietplacemovie)

Sssssshhhhhhh! The film’s about to start.

While the premise of this horror seems a bit hackneyed, and the first film left many questions unanswered (why was the nail sticking upwards out of the stairs? Why didn’t they just go and live next to the river?)

This time around the second film partakes in some world-building with flashbacks to the origins of the creature's arrival on Earth, while the rag-tag family, headed by Blunt, meet up with other survivors along the way.

With the welcome addition to the cast of Peaky Blinders' Cillian Murphy, and some interesting mythologising, the horror-sequel was welcomed by critics.

In this mash-up of the Matrix and the Lego Movie, Ryan Reynolds takes a star turn in a meta-world where he is unaware he is living in a video game.

The plot line was pitted as being a little confusing but audiences loved Free Guy for it’s fun characters and original premise.

After firmly cementing her place as one of the world's most essential television presences, Killing Eve's Jodie Comer also got to stretch her wings as Millie Rusk/Motolov Girl.

Reynold’s charm was enough to hold the whole thing together, with fans and critics alike giving positive reviews.

The first Marvel entry on the list is the female led superhero movie and Scarjo-vehicle, Black Widow.

Johansson plays the highly-trained former-KGB assassin, Natasha Romanoff (or Black Widow) as we track her history from undercover Russian agent in Ohio to joining S.H.I.E.L.D.

It was Johansson’s first solo outing as Black Widow after appearing in a litany of Avenger films.

Despite grand fan expectations and the release being marred by a lawsuit from Johansson, the film was generally considered a success with fans and reviewers.

This remake brings a 1980s sci-fi classic into the present day with amazing effects and the superb casting of two talented young actors in Timothee Chalamet and Zendaya.

Riffing on real-world and fantasy tropes of colonial exploitation, the film explores a universe where a powerful substance, spice, is used to power interstellar travel, extend life and expand consciousness.

Dune's iconic sandworms, engaging world-building and Chalamet’s brooding facial expressions all combine to make an enjoyable movie that fans of every genre were curious to see.

Boasting an ensemble cast of Salma Hayek, Angelina Jolie, Gemma Chan and Richard Madden, the Eternals was one of Marvel’s biggest films of 2021 based off star power alone.

Although the overall concept become slightly convoluted throughout the film, some savvy and out-of-the-box casting choices made Eternals a must-see for lovers of the MCU.

Reviewers weren't so fond, labelling it "mediocre" and "empty".

Another Marvel box-office hit, Shang-Chi and the Legend of the Ten Rings explores the lives changed after 10 magical rings grant the power of immortality,

We follow Shang-Chi as he attempts to escape his gang-leading father’s legacy, only to be drawn into a battle of good and evil in a mystical Chinese village.

A big boost for Marvel’s China-lead content, the movie was warmly received and was credited by reviewers for Marvel’s treatment of a second-tier hero with the same extravagance usually given to Western icons, like Thor or the Hulk.

A flashy, monster battle bonanza in which it turns out the centre of the earth is hollow, who knew?

Besides Millie Bobby Brown and Alexander Skarsgårdand, the B-list cast show seems to suggest most of the budget went on effects, but that gamble seems to have paid off since the movie made well over the budget it needed to break even.

There are some touching details (like the one remaining Skull Island native who communicates with Kong through sign language) but other than that it’s a straight forward punch up. Not that that seems to have kept audiences away, who turned up in their droves.

Tom Hardy stars as a Californian detective infected with an extraterrestrial symbiote who enjoys eating serial killers. What’s not to like?

This movie's first big win came being set in the Spiderman universe ahead of what could be the world's most anticipated film - Spiderman: No Way Home.

Hardy’s performance received decent feedback and was eerily counterbalanced by Naomie Harris as the unhinged and isolated Shriek.

Although the film has an average rating of 5.4/10 on Rotten Tomatoes it still places highly, showing that the original was good enough to bring audiences back for more.

The third Spider-man movie to star Tom Holland enjoyed a box-office busting opening weekend, earning over half a billion euro.

Holland is joined in an onscreen romance by Zendaya and plays opposite Benedict Cumberatch, who joins the cast as Dr Stephen Strange. Meanwhile, a whole host of Spiderman nemeses past-and-present enter the fray with Jamie Foxx as Electro, Willem Dafoe as Green Goblin and Alfred Molina as Dr Octopus.

Social media has been abuzz with people requesting no spoilers – particularly with the increase in those isolating due to the omicron variant – so you won’t find any plot points here!

While Marvel still dominates the top table in terms of highest-grossing films (they do take up a third of this list after all) some patterns are emerging that show the power of Chinese cinema to draw a crowd.

This Chinese comedy-detective film has a touch of the buddy-movie to it as fan favourites Tang Ren and Qin Feng return to solve another round of mysterious crimes, this time in Tokyo.

Premiering to a large Chinese audience who gave favourable reviews, the film also received kudos from western critics who enjoyed the slapstick comedy that runs throughout.

F9 gets the Fast and Furious gang back together as Vin Diesel’s Dom battles it out against his nemesis (and brother!) Jakob.

Featuring all the usual fuel-guzzling high-jinks and some star turns from Charlize Theron and Helen Mirren, the film was enough to delight fans of the high-octane (and at times ludicrous) franchise with critics on Rotten Tomatoes calling it “more over-the-top than ever”.

Twenty years down the line, they must be doing something right.

Daniel Craig’s last outing as the world’s most famous secret agent was always bound to be a blow out and he certainly went out with a bang, literally.

It's premiere at London's Royal Albert Hall was the biggest in the UK since the start of the pandemic, with its release delayed several times so that fans would be able to see Craig’s swan song on the big screen.

A Chinese, time-travelling, bitter-sweet comedy about a grieving daughter who goes back to 1981 Xiangyang to help her recently deceased mother.

The film was greeted warmly by Chinese audiences who relished the portrayal of family relationships and the nostalgia of visiting 1980s China.

The films placement (above a Bond movie, no less) shows the power of Chinese consumers in the international film market.

The Battle at Lake Changjin is not only the top-grossing film of 2021 worldwide, it is also the most expensive film ever made in China, and the highest ever grossing non-english film in the world.

The film follows a band of Chinese soldiers fighting against the Americans in the Korean War. Against all the odds they defeat the better armed US troops at the Battle of Chosin Reservoir.

Arguably heralding a new-era of world cinema, the film was made to coincide with the 100th anniversary of the Chinese Communist Party.

Although China by no means commands the same soft power as it’s neighbour Korea, perhaps this signals an entry for the country onto the global screen.

Santa Claus or Spiderman? Kids spending Xmas in hospital get a treat