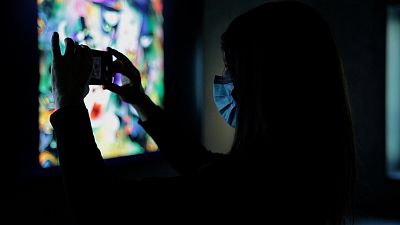 AI is arguably everywhere. The social media we browse every day uses AI, if you order items from Amazon it's likely they are distributed using AI, and if you one day own a self-driving car that will use AI too.

Concerns that AI will cost human jobs abound, and deeper concerns over the potential of AI use in warfare and weapons are starting to be talked about on the world stage.

But the definition of AI is loose, and therefore it is difficult to comprehend how it will change our lives.

Prof Stuart Russell, founder of the Center for Human-Compatible Artificial Intelligence at the University of California, is delivering this year's Reith lectures on AI.

Speaking to the BBC, Russell defined AI as, “machines that perceive and act and hopefully choose actions that will achieve their objectives.

“All these other things that you read about, like deep learning and so on, they're all just special cases of that.”

One place in which AI is already making waves is the art world, where algorithms have been used to create masterpieces and sold for big bucks. Here machines making decisions to achieve their objectives make artworks based on feedback and established patterns of popularity.

Whether or not these R2D2s will be making the next Rembrandt, it would seem AI is here to stay and is shaking up the contemporary art landscape. Let's take a look at some of the machines who could be the next Monet.

Botto uses algorithms to analyse millions of pieces of artwork before making its own. The AI creation produces 350 new images a week which it shatters with 5,000 users who vote for their favourites.

At the end of each week the favourite piece is made into an NFT and auctioned off via SupeRare, a digital art platform.

Botto learns from community feedback, looking for patterns in what the community responds to and producing and adapting its style based on this. The works sold so far have made a total of almost $1 million.

Ai-Da can draw from sight thanks to cameras installed in her eyeballs, with AI algorithms that coordinate her arms to create impressive works of art.

Despite her uncanny appearance, audiences have really responded to Ai-Da’s work. Since her debut exhibition at the Barn Gallery at St John's College, Oxford in 2019, Ai-Da has travelled the world and had her first major show at the Design Museum, London.

Obvious is a Paris-based group of artists who experiment with how AI and art coincide.

They are very active and have showcased a wide variety of work created using algorithms. In 2020 they collaborated with Nike, using AI to create new designs based on the brand’s back catalogue and made a 360 degree artificial experience to introduce art lovers to the future of AI art.

Most recently obvious have branched into the rapidly growing world of NFTs, auctioning off three works on the digital marketplace SuperRare. The works - part of a series called “Portraying” - are modelled on classical portraits and are designed to invert buyer’s assumptions about AI art.

This Athens exhibition showcases the potential of AI in the present day, bringing the future of the art world to one of Europe’s most ancient cultural cities.

Bringing together 25 exhibits “You and AI” included large-scale HD screens, 3D sculptures, and installations. Themes of how we view artificial intelligence, how it views us, and how AI shapes public spaces and political processes; this was considered one of Greece’s most technically challenging shows.