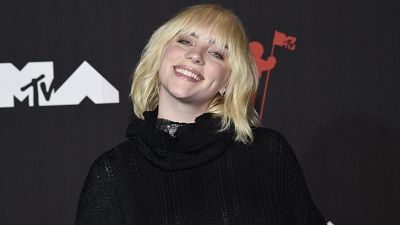 Gen Z star Billie Eilish is aiming to influence a new generation as she stops by Sesame Street to sing with vampiric legend, The Count.

The Bad Guy singer was shown sitting alongside the purple puppet on the world-renowned stoop as she sang a reworked version of her hit ‘Happier Than Ever’.

Happier than Ever is the 15th Track on Eilish’s critically acclaimed album of the same name, released earlier this year.

In the Sesame Street version, Eilish uses her iconically breathy vocal tone to sing, “When I’m counting with you I’m happier than ever,”

Eilish shot to fame at the age of 17 with the release of her debut album When We Fall Asleep, Where Do We Go? And has become emblematic of the much scrutinised generation Z with her baggy clothes and lyrics on mental health and relationships.

Eilish’s appearance on the classic children’s TV show comes at a time when some of the cast’s most beloved puppets are under attack from unusual quarters.

Entering its 52nd season this November, Sesame Street star Big Bird drew criticism from some on the American Right after tweeting about receiving a dose of the Pfizer-BioNtech vaccine:

"I got the COVID-19 vaccine today! My wing is feeling a little sore, but it'll give my body an extra protective boost that keeps me and others healthy,” said Big Bird’s official Twitter account.

"Ms. @EricaRHill even said I've been getting vaccines since I was a little bird. I had no idea!" he continued.

Meanwhile, Fox contributor Lisa Boothe accused the show of "brainwashing children who are not at risk of COVID."

It wasn’t all bad though as Big Bird received congratulations from the Twitter account of President Joe Biden.

The top 10 markets to visit this Christmas, and the products to try