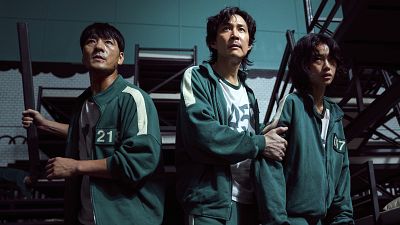 The creator of Netflix series Squid Game has confirmed the popular show will return for a second season.

Director and writer Hwang Dong-hyuk said he had “no choice” but to create a second season after the global popularity of the dystopian drama.

The show reached world-wide acclaim after it’s release earlier this year, drawing in 111 million viewers according to Netflix’s own figures.

Following desperate, cash-strapped contestants in a sick game of life and death for the entertainment of a wealthy elite, Squid Game is considered to be a scathing analogy of capitalist society.

"There's been so much pressure, so much demand and so much love for a second season.

"It's in my head right now. I'm in the planning process currently. But I do think it's too early to say when and how that's going to happen.

“I will promise you this, Gi-hun will be back and he'll do something for the world," the director continued.

Squid Game is thought to be Netflix’s biggest ever TV show sprouting a cultural zeitgeist of halloween costumes, merchandise, and copy cats.

TV shows in Korea are usually limited to one-run and Squid Game 2 is a reflection of the world’s hunger for more of Dong-hyuk’s searing social commentary.

Global fame and autographs: How have the lives of the stars changed?

Showcasing an ensemble cast of Korean talent, Squid Game has launched its stars onto a global stage.

On the red carpet, many of them reflected on how the show has changed their lives. Actress Jung Hoyeon - who placed fourth on Korea’s Next Top Model prior to appearing on Squid Game - told reporters about an interesting encounter with a fan in LAX airport.

“When I came through the Immigration Center, the officer asked me, (for my) autograph.

Lead actor Lee Jung-Jae, who has been working in Korea for 25-years, described the reaction from fans.

"I get recognized in the streets of America. That's amazing, right?

“People just go around and say hello. So I really don't know how to respond to all the love.

All the cast harbors dreams of working in Hollywood with Jung Hoyeon saying to the camera, “Call your agents.”

Squid Game is streaming on Netflix.