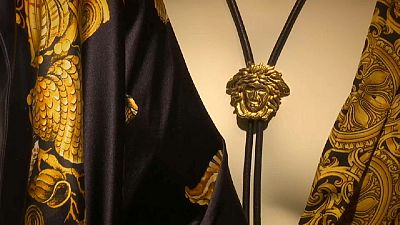 A collection of more than 100 pieces by the fashion designer Gianni Versace will go on public display in Berlin as part of a retrospective, twenty years on from the designer's death.

Co-curator Karl von der Ahe said:  "Since Versace's died , the public couldnt see much of his work and even back then you could only see current collections.This kind of overview of his work is something really special."

The show is also a bold step for Berlin, not often thought of as a city of fashion.

"You might say that Paris would be easier, or Milan, because people there have a greater affinity for this kind of thing and understand fashion more as part of their world.

But on the other hand, it is a city that needs it, this brand and glamour… this is something that Berlin doesn't have and perhaps it will push another view of Berlin's development as a city of fashion."

The wide-ranging exhibit covers both women and menswear and includes pieces such as an ensemble  made for Sting's wedding in 1992.

The Gianni Versace Retrospective runs until the 13th April.