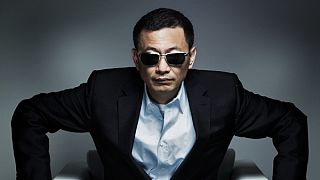 Following in the footsteps of Clint Eastwood, Gérard Depardieu, Pedro Almodóvar, Martin Scorsese and Ken Loach, Wong Kar-wai has claimed the 2017 Prix Lumière. The award, likened by some to a Nobel Prize for cinema, will be awarded at the ninth edition of the Festival Lumière, a unique festival that celebrates the love of cinema in Lyon, the city which claims its invention

Wong Kar-wai is aesthetic filmmaker combined with impressionist narrator. Days of Being Wild, 2046, In the Mood for Love, Happy Together, Chungking Express … are masterpieces which have left their mark on audiences worldwide. Beauty, contemplation, and melancholy are the hallmarks of Wong’s work and his tableau is often Hong Kong. His latest film, The Grandmaster, is a biography of Yip Man, martial arts master, and Bruce Lee mentor.

Behind his legendary black glasses, Wong Kar-wai is a discreet and secretive man, and his arrival in Lyon is a rare foreign trip. He will be visiting the city of the Lumière Brothers from the 14th to the 22nd of October and the prize will be awarded on Friday 20 October in the presence of guests from all over the world.