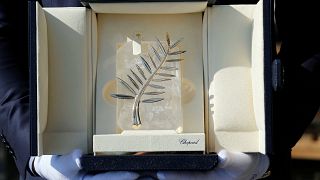 After 12 days of cinema on the French riviera, the Cannes Film Festival has entered the final stretch.

Now in its 70th edition, by all accounts this year’s competition hasn’t been a classic.

Of the 19 films vying for the prestigious Palme d’Or, ’120 beats per minute’ appears to be the critics favourite to win the festival’s best film award.

Karin Badt from the The Huffington Post told Euronews reporter Fred Ponsard:“120 Beats per minute which you can feel that there’s this strong passionate experience the director had with the gay movement and you could feel that he is totally involved in creating an experience for us in a very vivacious way. I was riveted for two and a half hour, fantastic.”

Radiance, by Japanese Director Naomi Kawase and the film the Gentle Creature are also contenders for best film.

Jean-Michel Frodon, from Slate.fr, said: ‘‘We discovered Naomi Kawase exactly 20 years ago with her first film Suzaku, which won best first film here at Cannes. She was here in Cannes ten years ago with The Mourning Forest. If it was just me on the jury this year, I would award Radiance the Palme d’or.’‘

Robin Campillo’s ’120 beats per minute’ is about ACT UP in France in the 1990s, the direct-action movement which demanded immediate, large-scale research into the HIV/Aids virus.