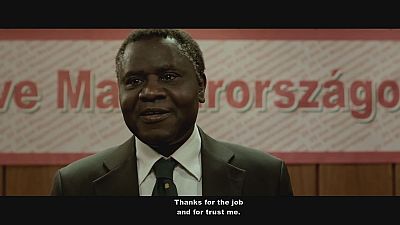 Hungarian film “The Citizen” tells of the compelling journey undertaken by an African who yearns to fit into Hungarian society.

The movie stars former migrant Marcelo Cake-Baly, who moved to Hungary from war-torn Guinea-Bissau in 1976.

The actor got Hungarian citizenship in the mid-1990s and has lived in the country for about 40 years. Despite that he still feels rejected by a part of Hungarian society.

As a trained economist & Hungarian-based actor from Guinea-Bissau, Marcelo Cake-Baly is more than “just a migrant” | https://t.co/LAXLu4nn26pic.twitter.com/ZPTkx9WErz

Director Roland Vranik’s third feature film was released when Hungary’s right wing government raised a fence on the southern border and imposed tough laws to keep out migrants at all costs.

Despite what he describes as a mass psychosis when people got scared of the wave of migrants, Vranik is optimistic about the future.

‘But I still believe that European citizens are still helpful and still human beings who understand that these people need help,” the director opined.

The movie shows the difficulties of integration into Hungarian society through a tormented love story. The main character, Wilson, applies for citizenship and falls in love with a history and language teacher who tries to prepare him for the tough citizenship exam.

“The Citizen” opens in Hungary on January 26th.