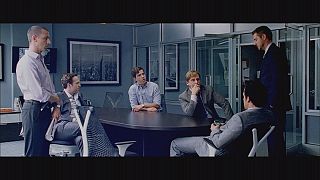 ‘The Big Short’ a dramedy – comedy and drama – about America’s recent financial crisis and was the surprise winner of the top gong – the outstanding theatrical motion picture – at the Producers Guild of America Awards.

Why is everyone talking about this Steve Guttenberg movie? #TheBigShortpic.twitter.com/YiHcZNt2G3

The film ‘Amy’ about the life of Amy Winehouse scooped the top prize for best documentary. The movie, which was snubbed by the late star’s family has been nominated for an Oscar and is seen as a front-runner. It topped “The Hunting Ground,” “The Look of Silence,” “Meru,” and “Something Better to Come.”

Disney-Pixar’s “Inside Out” won the award for top animated movie for producer Jonas Rivera. “Inside Out” which explored the mind of an 11-year-old girl and became a surprise hit is widely expected to win the Oscar in the animation category.