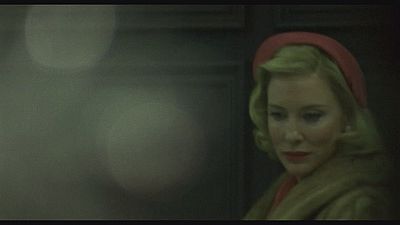 The 73rd Golden Globes will kick off the awards season in Hollywood this Sunday (January 10). The ceremony often gives a hint of what the Academy Awards will bring. But unlike the Oscars, it crowns two best movies: one drama and one comedy or musical.

The Golden Globes nominations just confirmed nobody knows anything. They're all over the place. It's a lot of surprises

Leading the pack with five nominations is “Carol” by Todd Haynes, a 1950’s lesbian romance based on Patricia Highsmith’s novel ‘The Price of Salt’.

Set in New York in the 1950’s, ‘Carol’ tells the forbidden love affair between a wealthy housewife and a shop girl — played by Cate Blanchett and Rooney Mara, who already won best actress in Cannes for the role. The Guardian’s Peter Bradshaw called the movie “outstandingly intelligent” and “superbly realised”.

Oscar-winning Alejandro González Iñárritu secured four Globe nominations for his frontier epic ‘The Revenant’, including best actor for Leonardo di Caprio. He plays a 19th century trapper left for dead by his team, struggling to survive in the wild, and thirsty for revenge.

Tim Gray, awards editor at Variety, says some of the movies competing for the Globes could also be selected for the Oscars. He cited ‘Spotlight’ as a frontrunner: “It’s very well-made. It’s very smart. It’s based on fact, it’s about a serious topic. It’s well put-together.”

‘Spotlight’ tells the true story of how the Boston Globe newspaper exposed the child abuse scandal that rocked the Catholic Church in the early 2000’s. Starring Michael Keaton and Mark Ruffalo, it won three nominations.

This edition of the Golden Globes features more dark topics.

In ‘Room’, a five-year old who has spent his life locked with his mother in a shed must learn to adjust to the real, outside world. The movie is based on the best-selling novel by Emma Donoghue, which itself was inspired by the true story of a teen held captive in an Austrian basement for years.

This Canadian-Irish thriller, which explores love, parenting and the power of imagination, has been widely acclaimed.

“The Golden Globes nominations just confirmed nobody knows anything. They’re all over the place. It’s a lot of surprises,” said Variety’s Tim Gray.

Another surprise could come from Australia, with the action-packed Mad Max: Fury Road. Thirty-six years after the first film of the franchise, it stars Charlize Theron and is also being tipped for multiple Oscar nominations.