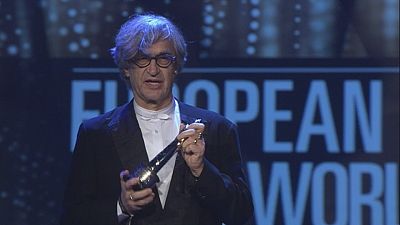 The 28th European Film Awards will be announced on Saturday in Berlin.

One of the documentaries nominated is “Amy”, a film about the life and death of singer-songwriter Amy Winehouse, directed by Asif Kapadia. It’s already won was several awards and has become the highest grossing British documentary ever.

Another nominee is “Dancing with Maria”, a portrait of Maria Fux, a 90 year-old Argentinian dancer who is still dancing and teaching in Buenos Aires. The documentary is an Argentinian, Slovenian, Italian co- production and it’s Italian director Ivan Gergolet’s first full-length documentary.

“Toto and His Sister” tells the story of 10-year-old Toto, and his teenage sisters in their everyday struggle to manage life in a run-down neighborhood on the outskirts of Bucharest during their mother’s imprisonment for drug dealing. Romanian born, German film director, Alexander Nanau let the young actors get involved in the filming and a large part of the final edit is shot by one of the sisters on a handycam.

“With the way the movie is made – where you don’t feel the film directors presence we cross the borders of classical documentary film,” Nanau told euronews. “For the viewer its like watching a live action movie with real people.”

A Syrian Love Story follows the story of Amer Daoud and Raghda Hassan who fall in love while in prison.
He was a Palestinian freedom fighter and she a Syrian revolutionary.
Fifteen years later, when director Sean McAllister stumbled across their unusual romance, Raghda was once again behind bars, for writing a book too critical of the Syrian regime.

Another documentary nominated is “The Look of Silence”.
The Danish film by Joshua Oppenheimer looks at the Indonesian killings of 1965–66. It centres around an Indonesian man, whose brother was brutally murdered in the 1965 purge of communists, as he confronts the men who carried out the killings.

On the lighter side one of the nominations for best animation is British film “Shaun the Sheep” made by the famous Aardman Animations Studios best known for the “Wallace & Gromit” sagas. It follows Shaun, a mischievous sheep and his flock as they venture in to the big city and get more than they bargained for. The film was written and directed by Richard Starzack and Mark Burton

And another hot candidate in the animations class is “Song of the Sea” by Irish director Tomm Moore. It tells the story of a a young Irish boy, and his little sister, a girl who can turn into a seal, as they go on an adventure to free the faeries and save the spirit world.

“We really draw an Irish legend, Irish folklore,” said Moore. “And I think there is something universal about these stories which appeal all over the world – you know the hard work is really finding the finance putting the story together, making sure the story is a good story that will work and then about two years of full time work for about 200 artists, that’s what it takes to make this movie”

Also up for an award is French production “Adama” which tracks the life of a 12-year-old boy who lives in a remote West African village. When his elder brother disappears, Adama sets off to find him, defying the village elders. His quest takes him overseas and into the hell of the First World War.