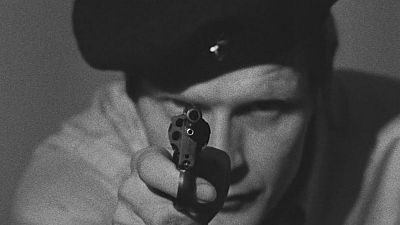 This week in Cinema Box we are bringing you a film of a different kind: ‘A German Youth’ (‘Une Jeunesse Allemande’) by French filmmaker Jean-Gabriel Périot is a documentary based entirely on archive footage that chronicles the rise and fall of the Red Army Faction in post-war Germany.

It’s the first feature-length documentary by Périot, who has won multiple prizes for his short films. Entirely devoid of commentary, its superb editing guides viewers without ever telling them what to think.

Utilising only TV and audio footage from the time, the filmmaker offers a historical account of the group’s journey to radicalisation from anti-establishment students to far-left terrorists.

Without condemning or romanticising their actions, the film examines the political and social atmosphere at the time, raising questions about the nature of democracy, which find a chilling resonance today.

A demanding film that requires you bring your brain along to the screening, ‘A German Youth’ is also highly rewarding. We hope you enjoy it, see you soon.