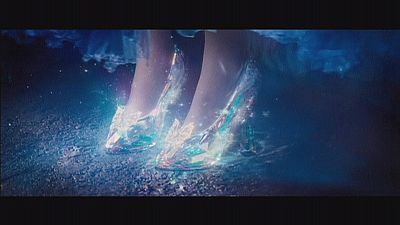 A modern day makeover of the traditional fairytale Cinderella cheered up audiences at the Berlin Film Festival.

The lack of special effects was a treat for the cast as Helena Bonham-Carter explains: “Well it was kind of nice to do something without special effects, without blue screen because doing big Disney film these days or any big budget tends to be full of… you’re always in front of a green screen having to imagine everything but this time we had everything, it was real. So I even had a huge pumpkin, an inflatable pumpkin to react to.”

Lily James plays Cinderella and her on-screen love interest is Richard Madden as Prince Charming: “It’s a really modern relationship actually not like the animation when the guy sweeps in at the end of the day on his horse and saves the day and the damsel in distress. It’s not like that. You’ve got two young people going through their own issues together,” said the charmer:

Cate Blanchett also agreed that the live action adaptation added something different to the story :
“What I love about this retelling is you really get to know what makes Cinderella tick whereas I haven’t really got that sense from any fairytale version I’ve ever seen or read before.”

The film goes global throughout March and April.