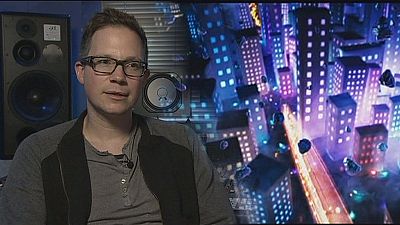 Aqualung kicked off his international career in 2002 with his debut single ‘Strange and Beautiful (I’ll Put a Spell on You)’, which was also used in a major ad campaign for the Volkswagen Beetle.

Five successful albums later, after a flourishing international career, Hales decided to walk away from the spotlight, announcing his ‘retirement’ as a recording artist in 2010.

“There’s a point at which it starts to not be as much fun anymore because you just get exhausted and you kind of start to turn into a slightly peculiar person and you spend an awful lot of time living on a bus and you don’t really see your kids anymore,” explained Hales. “I had a couple of times when I came back and I had that heartbreaking thing of my little boy slightly kind of backing away from the strange man.”

Hales and his young family left London to start a new life in Pasadena, California, where he’s still putting his talents to use.

He has also penned and produced tracks for Paloma Faith, Alex Clare, SOHN, and Birdy, among others.

Hales’ new album features a lot of the friends he’s worked with in the five years since ‘retiring’. And his work-life balance now seems to be going well.

“Now it’s become a way to sort of celebrate everything that’s happened in that time,” he said. “Celebrate my strange new sort of career as a collaborator and writer and producer and the miracle that we’ve managed to find a way to make it work where I basically stay at home. I am there and I tuck the kids into bed every night but I still get to work with all these fabulous people.”