Ukraine mounted a counter-attack in Sievierodonetsk after days of retreating from the city, saying it took the Russian troops by surprise.

After recapturing a large portion of the key industrial city in the Donbas, Ukrainian forces were now in control of half of it and continuing to push the Russians back, according to Luhansk region governor Serhiy Haidai.

Meanwhile, a barrage of Russian missiles hit infrastructure targets in Kyiv early Sunday morning in the first strike against the Ukrainian capital since the end of April.

Nobody was reported killed, while one person was taken to a hospital with injuries, Kyiv Mayor Vitalii Klitschko said.

Revisit all the latest developments on Sunday in our blog below.

This is it for our live blog on Sunday -- we will return on Monday morning with the latest live updates from the war in Ukraine.

"We have already entered a protracted war and we will need constant support. The West must understand that its help cannot be one-off but must continue until we win," Malyar told the local media.

President Vladimir Putin warned the US in an interview broadcast on Sunday that Russia would strike new targets if the West supplied longer-range missiles to Ukraine for use in high-precision mobile rocket systems.

The US has ruled out sending its own or NATO forces to Ukraine but the country's Western allies have supplied weapons to Kyiv such as drones, howitzers, and Stinger and Javelin missiles.

President Joe Biden last week said Washington would supply Ukraine with M142 High Mobility Artillery Rocket Systems, or HIMARS, after he received assurances from Kyiv that it would not be used to target Russia.

Putin said that there would be a response if the US supplied longer-range munitions for the HIMARS systems which have a maximum range of up to 300 kilometres or more.

If longer-range missiles are supplied, "we will strike at those targets which we have not yet been hitting," Putin told the Rossiya-1 state television channel in an interview.

Putin said the range of the HIMARS systems depended on the munitions supplied and that the range announced by the United States was around the same as Soviet-made missile systems that Ukraine already had.

"This is nothing new. It doesn't change anything in essence," Putin said. He said the arms merely replaced those that Russia had destroyed.

Putin did not identify the targets Russia would strike but said the "fuss" around Western arms supplies was designed to drag out the conflict.

The US Department of Defence said it was supplying Ukraine with four M142 HIMARS systems along with the Guided Multiple Launch Rocket System that it said had a range of over 64 kilometres -- double the range of the howitzers it supplied.

Ukrainian army now controls half of Sievierodonetsk, according to local authorities

Ukraine mounted a counter-attack in Sievierodonetsk after days of retreating from the city, saying it took the Russian troops by surprise.

After recapturing a swathe of the city, Ukrainian forces were now in control of half of it and continuing to push the Russians back, said Serhiy Haidai, governor of Luhansk province which includes Sievierodonetsk.

Russia has concentrated its forces in recent weeks on the small eastern industrial city, pursuing one of the biggest ground battles of the war in a bid to capture the eastern province it claims on behalf of separatist proxies.

Both sides say they have inflicted huge casualties in Sievierodonetsk, in a battle that could determine which side carries the momentum into a protracted war of attrition in the coming months.

In another sign Ukraine has held off the Russian advance, Haidai said evacuations resumed from the Ukrainian-held part of Luhansk province on Sunday, with 98 people escaping.

Russian forces have been trying for weeks to cut off the main road out to encircle Ukrainian troops there, and evacuations were halted last week after a journalist was killed by shelling.

Ukraine plans to restart football leagues in August amid war

Ukraine plans to resume competitive football in the country in August despite being under attack by Russia after President Volodymyr Zelenskyy gave approval.

"We took the decision with the president that we would resume the Ukrainian championship in August,” Andriy Pavelko, the president of Ukraine’s football federation, said on Sunday.

“In Ukraine, we will play on every level. So the Premier League, the first and second professional divisions, and the women’s championship."

“At all levels, we will start in August. The decision was taken with the president of Ukraine.”

Pavelko said he spoke with Zelenskyy and the heads of FIFA and UEFA about finding a safe way of playing men’s and women’s matches on home soil.

Ukraine was forced to abandon its leagues in February when Russia began its invasion. The country's national team is also back to international competitions, trying to qualify for the World Cup on Sunday by winning away at Wales.

Pope Francis called again Sunday for "real negotiations" in the face of the "increasingly dangerous escalation" of the war in Ukraine, on the sidelines of Pentecost celebrations.

"As the fury of destruction and death rages on and the clashes flare up, fueling an escalation that is increasingly dangerous for all, I renew my appeal to the leaders of nations: please do not lead humanity to destruction," the pontiff said from the window in front of 25,000 faithful gathered in St. Peter's Square.

One hundred days after the beginning of the armed aggression of Ukraine, the pope called for "real negotiations for a ceasefire and a solution", so that "the desperate cry of the people who are suffering be heard with respect for human life".

Russian and Ukrainian military officers blamed each other for a fire that destroyed a historic wooden church at the Sviatohirsk Lavra monastery, one of Ukraine's holiest Orthodox Christian sites.

The all-wood All Saints Shrine in the village of Tetianivka was reportedly burnt down as a result of shelling, local outlets stated on Saturday.

The sprawling, 17th-century monastic settlement, which sits on the bank of the Siverskiy Donets River, has been hit several times previously during the war, most recently on Wednesday, when two monks and a nun were killed. 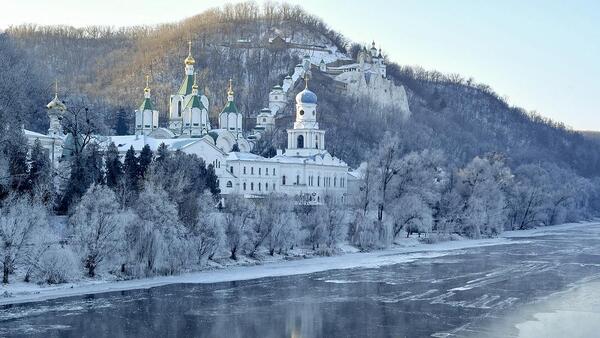 Ukraine's Minister of Foreign Affairs Dmytro Kuleba and President Volodymyr Zelenskyy have hit out at comments made by French President Emmanuel Macron, who said on Saturday that Russia should not be humiliated over its invasion of Ukraine.

Macron insisted Putin had committed a "historic and fundamental error" but that it was important not to put Russia to shame "so that the day the fighting stops, we can build a way out through diplomatic channels." 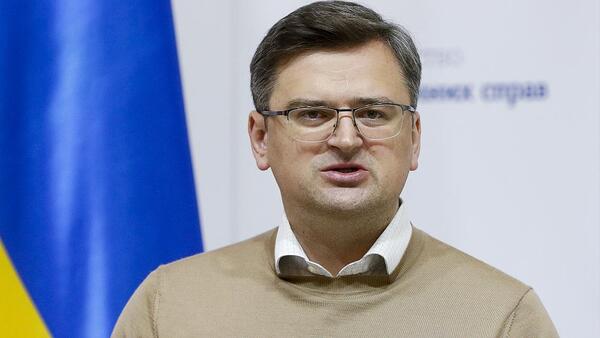 Ukraine condemns Macron over 'Russia should not be humiliated' comment

Russia said Sunday it had destroyed armour supplied to Ukraine by Eastern European countries in air strikes on Kyiv, the first in several weeks.

"High-precision, long-range missiles fired by Russian aerospace forces on the outskirts of Kyiv destroyed T-72 tanks supplied by Eastern European countries and other armoured vehicles that were in the sheds of a railcar repair company," Russian Defense Ministry spokesman Igor Konashenkov said.

Earlier, Kyiv Mayor Vitali Klitschko reported dawn strikes on the districts of Darnytskyiand Dniprovskyi in the southeast of the Ukrainian capital.

According to the Ukrainian Air Force, several cruise missiles were fired in the direction of Kyiv by Russian TU-95 aircraft based in the Caspian Sea, one of which was destroyed.

Relative calm had returned in recent weeks to the city of Kyiv after the Russian troops gave up on their assault on the capital and retreated to focus on eastern Ukraine.