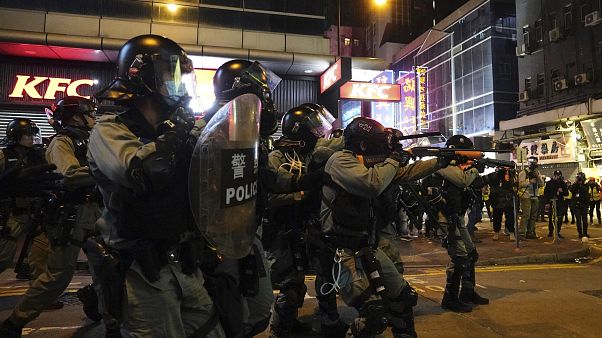 Protesters gathered in Mong Kok, Kowloon district of Hong Kong, late on Sunday marking the fourth anniversary of a dispute that began over pop-up food stands.

Government health officials tried to shut down informal food sellers in the densely-populated area in 2016.