Canada's Brady Leman claimed victory in the men's ski cross final. The crash-ridden competition saw multiple athletes caught-up in collisions. Russian Sergey Ridzik and Canada's Kevin Drury floored each other early in the race, but Ridzik was able to get up and catch up to grab bronze.

Canada’s Christopher Delbosco suffered a broken pelvis and France’s Terence Tchiknavorian was hospitalized with a suspected fractured shin after the pair collided in the heats.

Austrian Christoph Wahrstoetter also suffered a concussion after colliding with Sweden’s Erik Mobaerg in heat six. It is not known if Mobaerg was injured.

"In the last climb it was a good run from Johannes and there was a big gap, so big that I could not reach."

On the women’s side, American Kikkan Randall faced fierce competition in the form of Norway's Marit Bjoergen, the most successful winter Olympian in history, and Sweden’s Charlotte Kalla to grab gold with relay team mate Jessica Diggins.

Japan scooped gold from defending champions the Netherlands in the women's team pursuit final on Wednesday as the Dutch took silver. 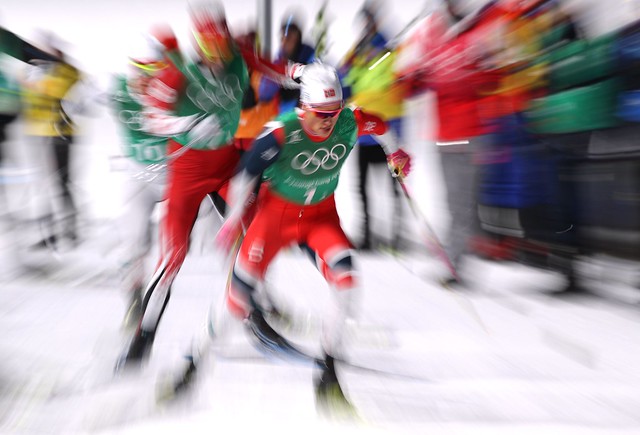