At least 25 people are reported dead and dozens more were injured on Sunday in an explosion at a Coptic Christian Church in Egypt’s northern Nile Delta city of Tanta.

Initial reports said an explosive device was placed under a seat in the main prayer hall of St George’s Coptic church, where worshippers had gathered for a Palm Sunday service, ahead of Easter.

But later accounts suggested a suicide bomber may have caused the blast.

The group calling itself Islamic State claimed responsibility for this and a second deadly explosion hours later, at a Coptic church in the Egyptian city of Alexandria which left another 18 dead and 40 injured according to the authorities.

The local branch of so-called Islamic State, which has waged a low-level conflict for years in the Sinai peninsula, has stepped up attacks on Christians in Egypt in recent months.

ISIL said it was behind the deadly bombing in December of Cairo’s largest Coptic cathedral. At least 25 people were killed.

In 2015, 21 Egyptian Christians working in Libya were killed by the jihadist group.

The latest blast comes ahead of a visit by Pope Francis, scheduled for April 28-29.

He condemned the attack at the end of his Palm Sunday Mass before tens of thousands of people in St. Peter’s Square.

“I pray for the dead and the victims. May the Lord convert the hearts of people who sow terror, violence and death and even the hearts of those who produce and traffic in weapons,” he said.

Tanta was also the site of another attack earlier this month when a policeman was killed and 15 were injured after a bomb exploded near a police training centre. 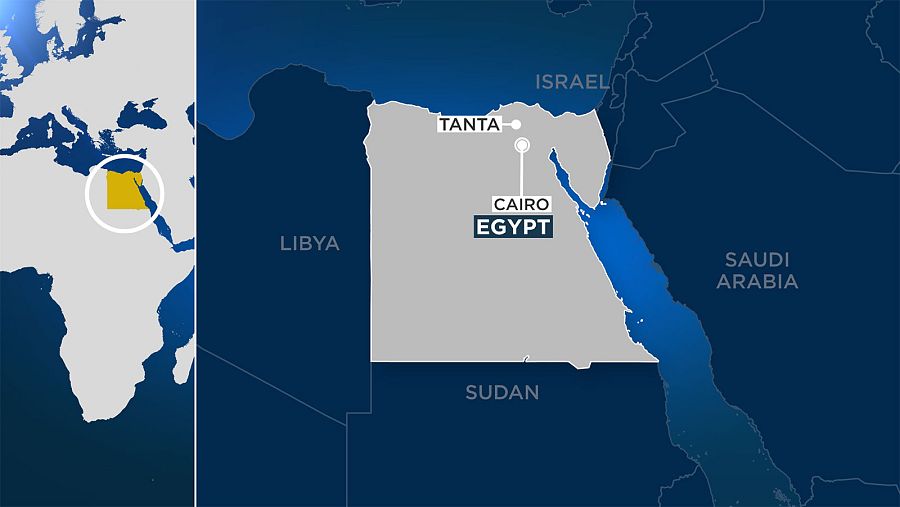