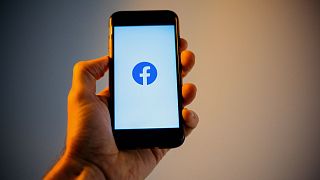 Unnervingly personalised ads popping up online has become an everyday part of life. But have you ever paused to think about the energy that goes into these grabs for your attention?

Online advertising used to be relatively straightforward. A tent company would buy a space on a website about camping, for instance, and everyone browsing that site would see the same ad.

Over the last decade, however, a new kind of ‘surveillance advertising’ has taken over. Companies pull together data on us from many different sources to make a far more targeted bid.

While most of us are aware of personalised advertising - and have different feelings about it - few understand the exact mechanisms behind it, and quite how power-hungry they are.

For the first time, researchers have analysed this system’s carbon footprint as part of a wider study on Big Tech’s climate impact.

What is the carbon footprint of personalised ads?

An estimated 1 per cent of total energy consumption on Earth is used just to serve online ads.

A new report from environmental charity Global Action Plan shows that the majority of this 1 per cent is effectively wasted due to the complex auction system that goes on behind the scenes.

Every time we click on a webpage, we trigger a chain of real-time bidding (RTB) as advertisers compete to show us ads. 178 trillion RTB transactions occur each year in Europe and the US, processed through data centres that use an estimated 200 terawatt hours of energy each year. That’s more than the entire national energy consumption of a medium-sized country.

“99.999 per cent of the bandwidth and compute power used in RTB does not result in the serving of an ad impression,” explains expert Dr Augustine Fou. Accounting for bot activity and ad fraud pushes ad tech’s CO2 emissions even higher.

How is ad tech driving consumerism?

The ads that do win a spot before our eyes are also driving unnecessary consumerism, the report says, pushing products that we don’t need.

Purpose Disruptors - an organisation founded by ex-industry leaders - recently calculated that on and offline UK advertising added an extra 32 per cent to the annual carbon footprint of every single person in Britain in 2022. This is through the greenhouse gas emissions that result from the increase in sales generated by advertising.

“Big Tech’s way of doing business is fundamentally at odds with efforts to stave off the deepening climate crisis,” says Oliver Hayes, policy and campaigns lead at Global Action Plan.

“These platforms and their eye-watering profits rely on processing massive quantities of data at a huge direct carbon cost.”

Hosting and profiting from online ads is far from the extent of Big Tech’s influence on climate change.

The report examines how the same algorithms that profile and target users with adverts are driving division and distraction, ultimately making it harder to take crucial climate action.

Just as people consuming conspiracy theories on Facebook are fed with posts that confirm their views, provocative climate misinformation and disinformation is prioritised by algorithms because it leads to more engagement.

InfluenceMap revealed that of 51 climate disinformation ads running in the US on Facebook platforms in the first six months of 2020, only one was taken down by the social media company. The rest ran their course gathering 8 million impressions over a six-month period - impressions that Meta profits from directly.

Meanwhile, the Corporate Europe Observatory found that the tech sector spent over €97 million annually lobbying EU institutions. This makes it the biggest lobby sector in the EU by spending, ahead of pharmaceuticals, fossil fuels, finance, or chemicals.

“Big Tech billionaires are the oil barons of the 21st century and their impact on climate change is no less destructive. This paper should serve as a wake-up call to the climate movement,” says Susie Alegre, barrister, digital human rights expert and author of the report.

Campaigners are calling for the climate movement to join wider efforts to tackle Big Tech’s business model and curb the power of online platforms.