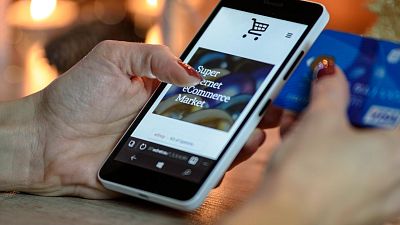 Black Friday is one of the busiest shopping days of the year.  In 2020, online shoppers hit a record high, growing by 22 per cent when compared to the previous year.

The day, famous for ridiculous discounts, follows Thanksgiving and is an effort by retailers to encourage people to start buying for the rapidly approaching festive season. It started in America and heavily reduced items often see websites crash and physical violence as shoppers rush to take advantage.

As the world becomes more conscious of overconsumption and moves towards buying less, a handful of brands are opting out of Black Friday sales altogether.

Could we be encouraging overproduction?

Other groups are campaigning for customers to reject consumerism on its most holy of days, too.

“Black Friday represents a sore spot in an industry that runs on overproduction,” says Cary Somers, founder of Fashion Revolution.

They then get rid of whatever doesn’t sell by trashing it, donating it, or selling it at a massively reduced price.

And the emissions created by Black Friday sales are high too. Research from money.co.uk has found that shoppers could emit over 386,243 tonnes of carbon emissions in 2021.

That is the equivalent of 215,778 return flights between London and Sydney, and the same weight as 3,679 blue whales.

Attitudes are starting to change

Sales this Black Friday are expected to drop by 10 per cent meaning carbon emissions are down by around 11 per cent, experts say.

An accompanying survey carried also carried out by money.co.uk found that overall consumers believe they have made more responsible online purchases in the last 12 months. Nearly one in four people in the UK ow consider the environmental impact of what they buy online - an increase of 88 per cent when compared to last year.

GenZ was the group most willing to do things differently, reporting that they would spend an average of €10.54 extra to offset the carbon produced by their online purchases.

"With more UK shoppers considering the environmental impact of their online delivery purchases than last year, it is clear that consumers are stepping up to the challenge of making their online shopping habits more eco-friendly," says Salman Haqqi, personal finance expert at money.co.uk.

He explains that a number of delivery companies, including Royal Mail and UPS have already made changes to become more environmentally conscious such as the introduction of electric vehicles.

"Suggesting that consumers' attitudes are potentially altering the way businesses operate," Haqqi adds, "especially as our research suggests that 60.45 per cent of UK shoppers would be less willing to make a purchase if an online retailer uses a particular delivery company.”