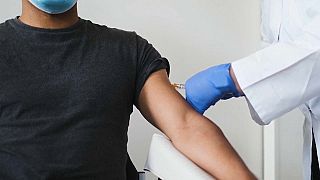 How do the three COVID-19 candidate vaccines work?

But there are substantial differences between them, including their composition, price and distribution capacity.

Here's a look at the three coronavirus vaccines for which we're received preliminary trial results.

Two of the vaccines that recently released results from phase III trials use a new cutting edge technology.

Both US pharmaceutical company Pfizer with Germany's BioNTech and US biotechnology company Moderna's vaccines use messenger RNA (mRNA) technology, a technique that involves injecting genetic instructions into the body.

This stimulates the cells to produce a protein that will help create antibodies to prevent further infections.

The Pfizer vaccine was most recently authorised for emergency use in the United Kingdom, which will begin distributing the vaccine to vulnerable people next week.

Both the mRNA vaccine candidates released results showing high efficacy. Both are around 95% effective, the companies said this month.

Experts say that this is much higher than expected but it remains to be seen for how long the immunity will last.

A third vaccine candidate that has released results is the Oxford University/AstraZeneca vaccine.

This vaccine is based on a modified version of an adenovirus that causes the common cold in chimpanzees. The weakened virus does not grow in humans.

"Chimpanzee adenoviral vectors are a very well-studied vaccine type, having been used safely in thousands of subjects," Oxford scientists say in a statement.

This vaccine is shown to be between 62% and 90% effective depending on the dosing regimen.

How are these vaccines stored and distributed?

Oxford's vaccine is much cheaper, at just around €3 per dose. Pfizer is likely to cost around €16 per dose while Moderna's could cost up to €31 for each of the two doses a person needs.

The storage and transportation conditions also benefit the Oxford/AstraZeneca vaccine as it can survive for six months in a standard refrigerator.

The Pfizer/BioNTech vaccine however is much more complicated to manage. It needs to be stored at ultracold temperatures around -70ºC.

The Moderna vaccine can remain stable for 30 days at between 2ºC and 8ºC. But over a longer period of time, it would need to be stored in standard freezers at -20°C.

The European Union has already secured contracts for doses of these vaccines and is working on the challenge of their distribution.

Early doses will be limited to vulnerable populations and healthcare workers who are most in need. Many other candidate vaccines are likely to publish results soon.