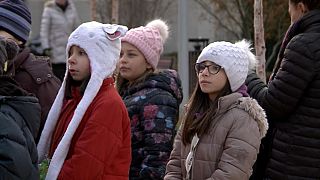 A new program has purchased six private IVF clinics and put them under the state's control. The clinics will provide free fertility drugs and treatments to Hungarian citizens.

Four thousand babies are expected to be born by 2022 because of the new funding.

Hungary says they are increasing access to Women’s healthcare – but many experts criticise the centralisation.

“The state is not a good master,” said Zsombor Kunetz, a healthcare expert and physician in Budapest. “The quality of services provided by public institutions is usually lower than the one provided by private institutions.”

Prime Minister Victor Orban has been adamant about increasing Hungary’s population. A “family protection action plan” was introduced in February 2019 with the aim of countering a declining population. It included financial aides for couples who take on children, a housing loan, and an income tax exemption for women who have four children or more.

Hungary’s population has decreased by more than 100,000 people since 2010. Fertility rates are below average at 1.45 children per woman, well below the 2.1 that many experts agree is necessary to maintain a population

'Hungarian children instead of immigrants'

Orban has said the answer to increasing the population is not increasing immigration.

“If we want Hungarian children instead of immigrants, and if the Hungarian economy can generate the necessary funding, then the only solution is to spend as much of the funds as possible on supporting families and raising children," Orban told international journalists in a recent press conference.

Hungary’s policy is in stark contrast to other nations who have embraced immigration to combat population decline.

Demographic experts outside Hungary are sceptical if the government’s push for Hungarian blooded babies will have anything more than a temporary bump.