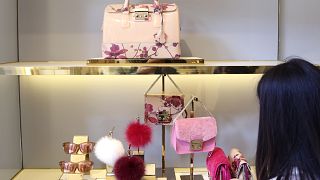 "Get Brexit Done" is a key campaign slogan for the Conservative Party in the UK election - but what happens if Brexit is implemented in double-quick time?

That's the fear for Italian businesses who have voiced their concerns about the future of the UK's trading relationship with the bloc.

British Prime Minister Boris Johnson has vowed to take the UK out of the EU by January 31 - the date the country is due to leave under the latest Brexit extension.

A Conservative majority in the December 12 election would likely see the British parliament pass Johnson's divorce deal struck with the EU in October. If ratified, Brexit would happen at the end of January but a transition period running until the end of 2020 would keep relations largely as they are now.

However, the divorce deal only sets broad goals for the UK's future relations with the European Union, and many diplomats, politicians and trade experts cast doubt on the British government's claims that a free trade deal can be agreed between London and Brussels in just a few months.

Failure to do so would result in the UK and the EU trading on World Trade Organisation (WTO) terms - which many economists and business organisations say would be highly damaging, especially for the UK. Tariffs would be applied and firms would face higher costs and other trading barriers.

Euronews correspondent Giorgia Orlandi went to Milan to find out how businesses there are preparing for potential trade tariffs - and are eyeing up potential opportunities post-Brexit.

Watch her report for Good Morning Europe in the video player above.