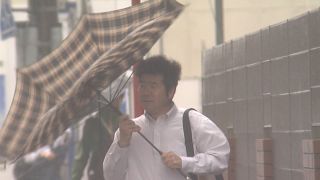 Japanese authorities on Wednesday instructed more than 1 million residents in parts of the southern main island of Kyushu to evacuate to designated shelters as heavy rains battered the region, prompting fears of landslides and widespread flooding.

Some areas have seen 1,000 mm of rainfall since Friday, which is more than double what's usually expected for the entire month of July.

Weather officials encouraged people in affected areas to evacuate without waiting for advisories.

Forecasts showed that southern Kyushu would have up to 150mm of rainfall in the 24 hours through Friday morning. In central and eastern Japan, 100 to 130mm are expected before Friday morning.