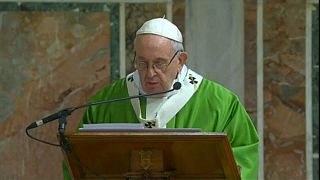 For the first time in history, nearly 200 church leaders were asked to confront clergy sex abuse as a serious and global problem.

The four-day summit concluded with the tabling of several proposals to tackle this issue within the church, including the creation of child protection guidelines for the Vatican City State.

Also proposed was a handbook for bishops with guidelines and a task force that will address reports of abuse.

"No explanation suffices for abuse involving children. We need to recognise with humility and courage that we stand face to face with the mystery of evil," Pope Francis said.

Activists and survivors took to the streets of Rome on Saturday, arguing that these guidelines are not enough.

Among those demanding stronger action was Peter Saunders, the funder of the National Association of People Abused in Childhood (NAPAC).

“The rules that the church must implement are quite simple and we’ve been saying it for years, as has the Pope. But he’s done nothing about it," he said.