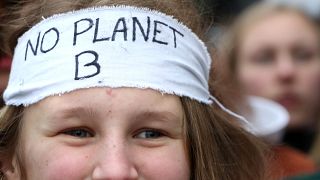 For the fifth Thursday in a row, thousands of Belgian students won't be going to school today.

Instead, they're heading out into the streets of Brussels to demand that their government takes action against climate change.

The protest has spread across Europe. German students have been protesting every Friday, and the Netherlands has its first march organised for later today.

A new study just released by NASA and the National Oceanic and Atmospheric Administration has identified that the last five years have been the five hottest years on record, with 2018 coming in fourth. It's a stark picture of a world warming at an alarming rate.

"The most immediate consequences are on climate extremes, like the summer drought we had in 2018 across Europe that impacted farming, agricultural losses, wildfires, the wine sector in southern Europe which is drying more and more," said climatologist Jason Box in an interview on Good Morning Europe on Thursday.

"So these types of climate events, these extremes, are part of the global warming pattern, that's a consequence of too much CO2 in the atmosphere."

"This report outlined that there are increasing very costly impacts. So this is already costing billions and billions, and those losses are mounting. This is what we call abrupt climate change and it's no longer subtle. This has long been expected, now we start to see these extremes that are surprising some of us, but our fear and our expectation is that it will get stronger going forward."