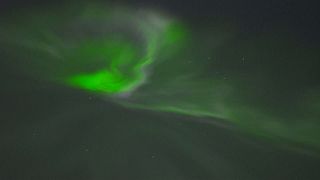 Multicoloured lights lit up the night sky in striking aurora displays over Finland.

The display took place on Tuesday (November 7) night and was filmed by travel magazine ‘All About Lapland’ in Rovaniemi, northern Finland.