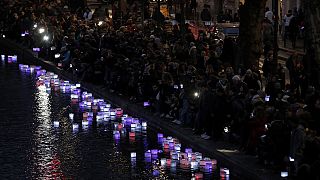 One year ago, France suffered its worst-ever terrorist attack on home soil.

Almost exactly a year to the day since 130 people were killed in the deadly strikes Paris, ceremonies were held across the French capital on Sunday to remember those who lost their lives and the scores of people injured.