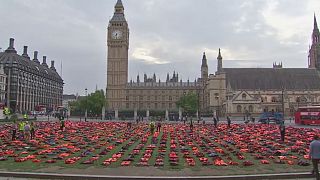 Thousands of life jackets were laid out in Parliament Square opposite the Houses of Parliament in London on Monday as a reminder of the plight of migrants and refugees.