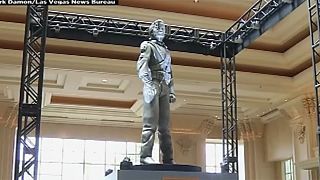 On loan from the estate of Michael Jackson, the sculpture by Diana Walczak became the inspiration for the cover of ‘HIStory: Past, Present and Future Book 1.’