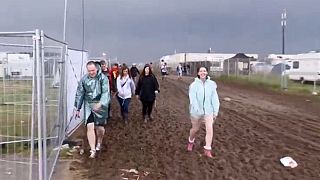 Updated: 05/06/2016
<p>Organizers of the “Rock am Ring” festival in Mendig, Germany decided to cancel the third and final day of the sell-out concert on Sunday (5 June) after heavy thunderstorms and lightning injured more than 80 fans, eight of them seriously.</p> <p>With more storms forecast, authorities said that they fully regret the decision but accepted it because of the need to ensure the safety and welfare of the roughly 90,000 attendants.</p> <p>Thirty-three people were injured by lightning strikes at the festival last year.</p>
no comment