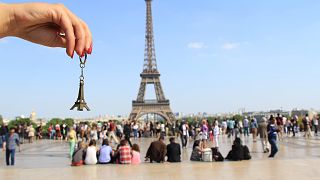 We’ve all been tempted by glamorous photos of trendy destinations on social media and in the shiny pages of travel magazines.

But these overrated places don’t always live up to the hype.

So intense is the disappointment for some tourists visiting the City of Lights that they experience nausea, hallucinations, and increased heart rate - a condition known as Paris Syndrome.

Paris may be an obvious choice as an overrated destination, but it’s far from the only city that fails to live up to visitor expectations.

Luggage network Radical Storage decided to take a look at 826,000 TripAdvisor reviews across 100 of the world's most visited cities to find out which was the most disappointing.

Here’s what they found out.

What were the most disappointing holiday destinations?

Paris was knocked off the top spot this year by Orlando in the US. It had the highest percentage of reviews where visitors felt ‘ripped off’ and the most comments about ‘rude’ people.

Almost one in five people mentioned how disappointing and underwhelming their vacation experience was. America’s ‘Theme Park Capital’ suffered in reviews due to busy crowds and increased prices at Disney World and Universal in 2022.

Prague was the most underwhelming with 3.9 per cent of all reviews mentioning the word using it to describe the Czech capital.

The city most described as overrated was Da Nang in Vietnam, followed closely by Paris as the city lived up to the syndrome’s name.

Which destinations did visitors feel were ‘scams’ or ‘rip-offs’?

Orlando also topped the list of ‘rip-off’ destinations with 6.3 per cent of reviews mentioning the phase. Singapore had the highest proportion of reviews where tourists talked about bad value for money at the attractions on offer.

But when it came to scams, Marrakech in Morroco claimed the top spot, with more than one in ten of all reviews mentioning scams were about this city.

If you’re looking for somewhere that might surprise you, the study also looked at the places where travellers enjoyed themselves more than they thought they would.

The top three destinations were all landlocked European cities - maybe tourists have lower expectations for locations away from the beach?

Budapest was the most pleasantly surprising city according to the reviews, followed by Brussels and Zurich.

Visitors to Budapest mentioned stunning architecture and the city’s meandering river. More than 96 per cent of reviews the study looked at had positive comments.

Brussels and Zurich came in only slightly lower at almost exactly 96 per cent of reviews having something good to say about the city.

Penang in Malaysia was where tourists were most ‘pleasantly surprised’ with what they found. Just over 2 per cent of all the reviews that mentioned this phrase used it to describe the destination.