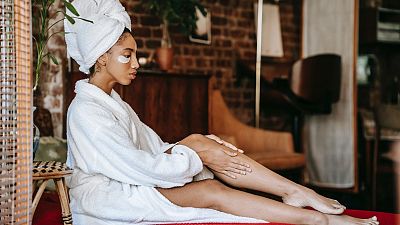 Rest and relaxation is an essential part of any holiday. Whether you’re horizontal on a beach, skydiving, skiing or on safari, you’re sure to build in some quieter moments of self-care too.

With hotels jumping on the wellness trend, holidaymakers don’t have to look far for an in-house massage or detoxing drink. But more and more people are in pursuit of the ultimate relaxation experience: a spa break.

And European cities are increasingly equipped to meet our desires.

We might associate it with the hustle and bustle of sightseeing, fashion and gastronomy, but Paris actually has the most spas for its size: a whopping 965 in total, or around nine per square kilometre.

That’s according to a new study by travel experts at money.co.uk, an online comparison service, which has broken down the number of spas in every major city in the UK, EU, US and Canada.

Paris also has the most expensive, top-rated establishment of the lot. A day pass at Molitor Spa by Clarins will set you back €290 - but is more than worth it according to TripAdvisor testimonials.

“I have a very intense job, and getting a massage at this place always brings me back to life,” wrote one reviewer. It’s a sentiment sure to be shared by many, so here is a guide to the best spas in Europe.

Second on the list is the ever-popular Barcelona, with 605 spas: almost six per square kilometre on average. It also has one of the lowest starting prices for a top-rated spa, at just €31.

The sunny climate, delicious food and vibrant culture make it an attractive destination for those seeking the full city break package. So it’s good to know it has some of the most affordable popular spas to relax in after a busy weekend of exploring.

Brussels rarely shares a top three spot with Paris and Barcelona, but when it comes to spa density, the Belgian capital punches above its weight with 73 in its 33 kilometres.

The top-rated spa offers a uniquely fitting experience: a Belgian beer bath. Chilling out in a tub of yeast, malt and hops has been known as a skincare in some countries for centuries, but Belgium was surprisingly slow to catch on.

The founders of Bath and Barley are changing that, welcoming guests at a rate of €99 per person per tub in their old Brussels cellar where you can unwind on a straw bed post-bath.

Athens came in fourth place. But it’s France that really dominates the top 10, with Bordeaux and Lyon also proving to be havens for spa lovers. Switzerland puts in a good show too, with Zurich and Basel at 6th and 9th place respectively.

Where are the best cities for spas in the UK and US?

A UK city comes in 10th place and no - it’s not Bath. The Roman city of Chichester in West Sussex may only have 13 spas, but that’s a strong ratio for its 11km². With the chalk hills of South Downs on its doorstep, and the charming seaside resort of Bognor Regis, there are plenty of other ways to relax off the massage table too.

Norwich was the other UK city to make the top 20, with 32 serene spas. It’s a characterful place to spend a weekend, with a famously high density of pubs and churches and the epic Norfolk coastline to explore.

There are only five destinations on the top 20 list that are outside of Europe, according to the TripAdvisor compiled data. They are: Vancouver in Canada in fifth, Hawaii’s Honolulu in 13th, New York City in 15th with one spa for every km², followed by Miami, and San Francisco is 18th.