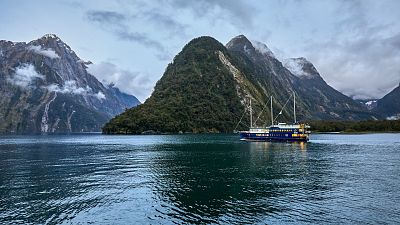 After two years, the first international visitors are returning to New Zealand.

But the tiny island nation - globally renowned for its pristine natural landscape - has a message for visitors.

The government has passed new laws restricting ‘freedom camping’. While local communities have written destination management plans to guard against “**overcrowding** and the negative effects of tourism.”

In over-subscribed Milford Piopiotahi, proposals include capping daily entry at 4000 and introducing an international visitor fee.

Individual tourism businesses are also seeking to “green” their own operations, with 1600 signing up to TIA’s “sustainability commitment.”