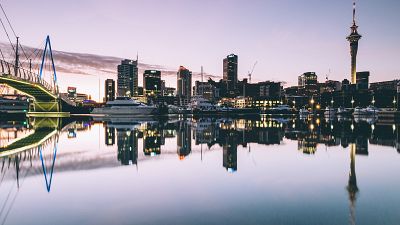 New research shows a major shakeup of world city rankings due to the COVID-19 crisis.

The Global Liveability Index is produced annually by the Economist Intelligence Unit and ranks 140 cities across five categories: stability, healthcare, education, culture and environment and infrastructure.

The pandemic has been a spanner in the works, resulting in six of the top ten spots being taken by cities down under - Brisbane, Melbourne, Perth, and Adelaide in Australia and Auckland and Adelaide in New Zealand.

Overall the average liveability score has fallen seven points compared to pre-pandemic 2019, with factors such as healthcare and culture and environment particularly affected.

Auckland has moved to the top spot from placing sixth in 2019 and Wellington has moved up 11 places to a tied fourth with Tokyo. Both kiwi cities scored highly on education, culture and environment. Due to border control and effective handling of the pandemic schooling was relatively uninterrupted and theatres and venues could stay open.

European cities have suffered as a result of both lockdowns and pressure on healthcare, with Vienna being knocked down from number one (which it held since 2018) to number 12. Eight out of ten of the biggest downward movers are in Europe including Rome, Dublin and Prague. Three of these are in Germany with Dusseldorf, Frankfurt and Hamburg shunted down to 50th, 49th and 37th respectively.

However it’s not all bad news for continental metropolitans with Madrid and Barcelona amongst the biggest winners due to Spain’s handling of the second COVID wave in winter 2021. They are accompanied in this category by seven US cities including Chicago and Boston with Honolulu increasing its liveability index to 90.6 and moving up 46 places to 14th on the list. Honolulu had a rise in healthcare score of 33 points with roughly one half of Hawaii residents receiving one vaccine dose.

The average healthcare score fell by five points from 2019 with the worst affected being Jakarta, Athens and Prague. Culture and environment have likewise suffered with an average fall of 14 points. Stability ratings have been badly affected across the world by protests over civil liberties, standard of living and racism in many countries.

The bottom of the rankings are largely unchanged with Damascus, Syria at 140th, coming after Lagos, Nigeria and Port Moresby the capital of Papua New Guinea.